Southwest reaches settlement in price-fixing class action; will cooperate against other airlines 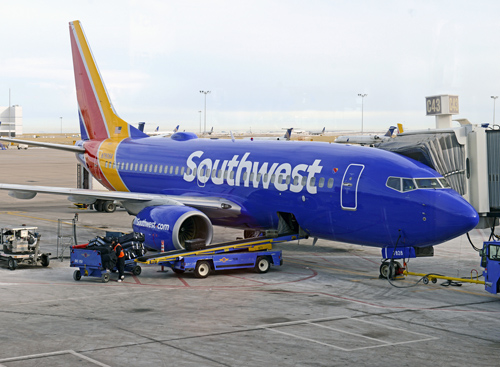 A judge has given preliminary approval of a class-action settlement with Southwest Airlines for $15 million and “significant cooperation” in proving a cartel case against codefendants American, Delta and United airlines, according to court documents.

“Southwest’s cooperation will permit Plaintiffs’ Counsel to obtain information that will help guide discovery going forward and may help drive settlement negotiations with other Defendants,” wrote an attorney for the plaintiffs in documents filed on Dec. 29.

The lawsuit alleges that the nation’s top four carriers “participated in an unlawful conspiracy” to artificially hold down passenger capacity to increase fare prices.

Southwest was the first defendant to settle in this case, which was consolidated from 103 actions from around the country, according to a court order from December 2015, and is being heard in the U.S. District Court for the District of Columbia.

“We did not enter into any unlawful agreements with other airlines, against which we compete vigorously, and this settlement does not constitute any admission of wrongdoing,” Southwest spokesman Brad Hawkins told DallasNews.com. “We’re entering into this settlement to avoid considerable distraction and expense of protracted class-action litigation.”

The preliminary settlement states that Southwest will provide “a full account of facts” regarding the nature of the meetings that took place between the airlines to commit the alleged conspiracy.

In 2016, the four original defendants made up approximately 80 percent of domestic air travel market share, according to the plaintiffs.

The preliminary settlement now heads to a final hearing, where, if it is judged to be fair to all plaintiffs, the court can approve it.