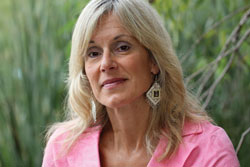 Is Audrey Edmunds an otherwise kind and caring wife, mother and neighborhood child care provider who snapped into a homicidal rage one day under the stress of caring for a sick baby?

Or is she an innocent woman who spent 11 years behind bars for a horrific crime she not only didn’t commit, but that may not have even been a crime?

You decide. We can’t. And neither, apparently, can the courts or the scientific community.

Fifteen years ago, Edmunds, then a 35-year-old stay-at-home mom, was convicted of reckless homicide in the 1995 shaking death of a neighbor couple’s infant daughter. She was sentenced to 18 years in prison.

In 2008, however, a Wisconsin appeals court granted her a new trial on the grounds that a shift in mainstream medical opinion as to the cause of the girl’s injuries now casts doubt on Edmunds’ guilt.

Prosecutors subsequently dismissed the case against Edmunds—not because they think she is innocent but to spare the victim’s parents the agony of having to revisit their daughter’s death.

Three years later, Edmunds’ culpability remains a hotly contested topic of conversation in criminal justice circles. And her case has reignited a fierce debate in the forensic community over the science behind what’s called shaken baby syndrome.

To be sure, the vast majority of doctors still regard it as a valid and reliable diagnosis, one whose scientific basis has been proven time and time again by decades of peer-reviewed research, clinical experience and caregiver confessions.

But a small and apparently growing number of forensic experts have begun to question many of the assumptions upon which the diagnosis rests—like whether shaking alone can produce the kind of traumatic head injuries attributed to SBS in the absence of other injuries, like a broken neck, or whether a child who has been shaken violently would immediately be rendered unconscious.

The decision marks the first time that an appeals court has questioned the scientific basis for a shaken baby conviction, and some hope the Wisconsin ruling will lead to a systematic court review of the evidence in other shaken baby cases, or even an independent examination of the underlying science by some neutral third party like the National Academy of Sciences.

Click here to read the rest of “Unsettling Science” from the December issue of the ABA Journal.