Vote for your favorite 2018 Peeps in Law diorama

Poll: Which is the best Peeps in Law 2018 diorama? 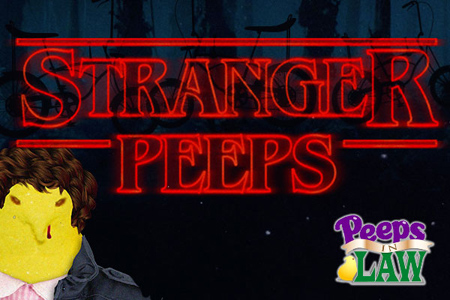 Click here to see our complete gallery of entries.

Entries are in for our 2018 Peeps in Law diorama contest—you can check out every single one in our photo gallery below.

This year’s submissions touched on government shutdowns, political appointments and ownership of airspace. We’re grateful to everyone who took the time to create an entry for this year’s contest.

We’ve chosen five finalists, and from now until 11:59 p.m. CT Sunday, April 1, you can vote on which one of them you think is the best. We will announce the winners April 2. The top three dioramas will be recognized by the ABA Journal. (The prizes? Bragging rights.)

Mulbunny’s First Day at the CFPB

How to vote: Using our poll, select your favorite finalist.

To view entries in our Peeps contest through the years, check out some of our past galleries:

Find out who gets to hang on to bragging rights in the 2018 Peeps in Law: Stranger Peeps diorama contest!

The ABA Journal thanks everyone who has submitted their entries over the years as well as those who cast votes for their favorites!