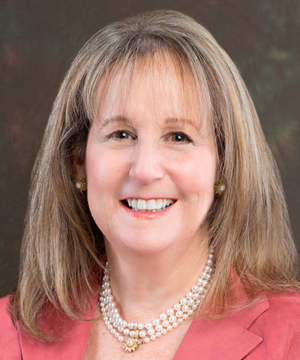 The survey results reinforce the need to break the link between the fear-fueled silence of individuals victimized by people in positions of power, and workplace cultures that lack clear systems for reporting and for supporting those who do come forward.

The survey collected data on a range of behaviors, including actions that likely meet the definition of sexual harassment, as well as conduct that may not be legally actionable but can drain the energy and confidence of those who are exposed to or are the recipient of such negative conduct. The survey demonstrated that sexual harassment, bullying, hurtful humor, and disparaging remarks are generally not reported, but instead are buried by the fears of the victim and the implicit—and sometimes explicit—threats of the perpetrator.

Many of the respondents refused to report their experiences because they feared retribution, either through loss of their jobs or social stigma that could cost them standing and opportunities in their firms. For example, approximately 25 percent of the respondents reported that someone had tried to engage them in unwelcome discussions of a sexual nature, including such behaviors as male lawyers demeaning young women in front of male colleagues or clients through sexual references; discussing extramarital affairs, sexual escapades or sexual fantasies; making frequent vulgar or sexualized jokes and remarks that objectify women; and leering and comments directed at summer associates. Yet nearly three-quarters did not report these behaviors.

Forty percent of respondents stated they had been present when comments or jokes were made that were sexual in nature or disparaging of other people or groups. Respondents described: gender-based jokes and efforts at humorous commentary focusing on women’s bodies; jokes and commentary by men referencing their sexual fantasies or joking about sexual exploits; and frequent jokes that involve race, religion, sexual orientation and gender. Only 13 percent of the respondents reported those remarks.

The silence of the respondents spoke loudly about the extent to which people will endure negative experiences without stepping forward to complain. In response to every question, respondents provided examples where the firm had no process for reporting, or the person to whom they would report was the perpetrator, or the firm had a history of retaliating against others who had reported, or they feared being ostracized.

When silence feels like the safest option, the system has failed. Yet as attention is increasingly focused on workplace conduct, there is a risk that the range of negative behaviors identified in press reports and by the WBA study create a level of perceived complexity that inhibits further action. Inaction, of course, cannot be an acceptable alternative. Rather, the complexity of the issues warrants ongoing conversation, fresh thinking and a commitment to a range of responses that will contribute to a zero-tolerance environment.

This can only happen if workplaces ensure there is a process to safely report all claims, support those who come forward, undertake a thorough investigation, and provide sufficient information that allows employees to develop trust in the process. Trusting the process is essential if there is to be trust in the outcome.

Consider the Massachusetts Institute of Technology’s recent investigation into allegations of harassment against professor Junot Diaz. An Inside Higher Education article collects the details: complaints included that Diaz had forcibly kissed a graduate student years ago at an event at another college, and that he had been verbally abusive to other women. At the time the allegations surfaced, Diaz, himself a victim of childhood sexual abuse, issued a statement in which he took “responsibility for my past” and stressed the importance of teaching men about boundaries and consent.

In mid-June, according to several news articles, MIT reported its investigation found no information that would lead the university to restrict Diaz’s role as a faculty member. Once he was cleared by MIT, Diaz denied all allegations and referred to his prior statement as the worst thing he’d ever written.

MIT demonstrated the tightrope that employers walk as they investigate complaints, consider confidentiality issues, and try to provide some insight into the results of the investigation to their expectant constituencies. The announcement that Diaz will remain on the MIT faculty does not mean there was no impact from his alleged negative behaviors on others.

Responding appropriately to a wide variety of complaints of negative conduct may be complicated, but every complaint should be heard. The nature of the allegations against Diaz and the results of MIT’s investigation spawned a significant debate as to whether and where a line should be drawn in reporting and responding to inappropriate conduct. But if perceived less egregious conduct is ignored, it only becomes harder to address behaviors as they worsen, particularly when the negative behaviors are conducted by powerful senior partners or rainmakers, as was the situation with many of the respondents in the WBA survey.

Not all bad conduct is punishable by termination, but negative behaviors cannot be tolerated. People who experience discomfort because of sexist, homophobic or other denigrating remarks that someone tries to pass off as humor, who endure probing personal questions about their sex life, or who must fend off awkward passes, are entitled to a fair process where they can trust the result. And even where issues of confidentiality prevent knowing exactly what that result is, workplaces should provide as much transparency into their process as possible.

Both the WBA report and the MIT investigation demonstrate the complicated terrain that every workplace must navigate in establishing a respectful workplace culture. Success will come if the #MeToo movement fosters open conversations, creates transparent and supportive procedures, and leads to a workplace culture that promotes civility, respect and inclusion under all circumstances.

To accomplish this, leaders need to first take a clear-eyed look into whether silent acquiescence hides behaviors that must be addressed. It also requires a careful balancing of confidentiality and privacy expectations in circumstances where the rumor mill runs rampant in the vacuum of silence.

Each of the recommendations in the WBA’s report promotes transparency. These include:

Workplaces that understand the personal, psychic and economic harm that results from negative conduct would do well to take steps to focus on creating a culture of mutual respect. The conversation should begin, not end, at #MeToo.

Lauren Stiller Rikleen, a member of the ABA Journal Board of Editors, is president of the Rikleen Institute for Strategic Leadership, which provides speaking, training and consulting services. A former law firm equity partner, Rikleen’s upcoming book is The Shield of Silence: How Power Perpetuates a Culture of Harassment and Bullying in the Workplace. She is also the author of You Raised Us, Now Work With Us: Millennials, Career Success, and Building Strong Workplace Teams.