Every lawyer should sit on a jury at least once 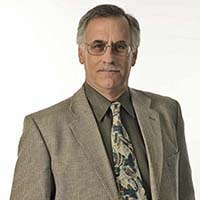 This article was written before COVID-19, when jury trials were something of the norm. They are not the norm at the moment but hopefully will be again, whatever their shortcomings and surprises may be.

The one thing all attorneys should do, if they can, is serve on a jury. Not a long trial, of course: That would interfere with billables, and year-end bonuses would be seriously at risk. No, what you want is a short trial—criminal is best—so you can be in, out and done in a couple of days. You get the time off, there’s likely an interesting story involved, and it’s entertaining—at least the part you see.

Case in point, I had the opportunity—privilege, really—of sitting on a jury. I didn’t want to at first, so I of course disclosed I was an attorney in the hope that my brothers at the bench would understand and excuse me, if for no other reason than common legal courtesy. They didn’t.

Soon enough, the jury was selected. I was still in the box, juror No. 3. When we came back after lunch, the judge explained the case to us, and the attorneys gave their opening statements. The openings were not very good, and I was reassured by that: As crappy as I always think mine are, theirs were just as bad. There was a good reason for the cursory openings, though. Evidently, there was a plea deal in the works, but at the last minute, the defendant rejected it. The judge was peeved, and while she was not vindictive, she wouldn’t allow any continuance. The trial date was fixed, and the trial would be held—ready or not. We’ve all been there: The judge says “go,” and you go. So it went.

The case seemed straightforward: A guy on probation gets an unannounced visit from the sheriff who finds materials the guy cannot have, in this case shotgun shells for skeet shooting. They find them at his mother’s house (where the guy is staying), in her garage underneath things stored against a wall. We, the jury, are never told why the guy is on probation and what he did that led to his conviction, only that he isn’t allowed to have these shells. We were told he was a professional shooter, although not while he was on parole. The defense attorney told us his client forgot they were there; it was his mom’s house, and he didn’t remember they were there when he moved in.

The prosecutor put on his witnesses—the two deputies who conducted the search and found the shells. Their testimony didn’t take long, nor did the cross and redirect. The prosecution rested, and the judge sent us back to the jury room so she and the attorneys could talk. She gave us the usual admonishments: We can talk amongst ourselves but not with others; we should not do any research; we can only consider what we heard; we could not rely on any personal information; we should decide on a foreman; and of course, we should keep an open mind. The bailiff would tend to our needs if we had any.

That’s when it got interesting.

We filed into the jury room, a modest affair with a table, rolling chairs that weren’t all that comfortable and pitchers of warm water with plastic cups if we got thirsty. There were no windows, nothing to distract or tempt us to daydream. But we weren’t there to enjoy the room, we were there to work.

As we filed in and took our seats, one of my fellow jurors announced, “Well, as far as I can tell, he’s guilty as sin.” She was a contractor.

The guy that sat next to her was a banker, and he agreed with her observation. “I agree. I have some thoughts on it that I would like to share.” And he did, he held forth for 10 minutes on why and how we should view the evidence, what we should consider, how we might want to interpret the facts, and how he would be happy to be foreman because, as he told us, he was a banker and was used to this kind of thinking and analysis.

No one interrupted him, but the next guy to speak told us that his brother-in-law was also a skeet shooter and those shells were not dangerous.

“He just forgot they were there. Why would he put them in such an obvious place?”

“Well, he’s on probation, and as the police testified, he can’t have them at all. And he does. That’s all I need to know,” the contractor says.

The banker offered his further thoughts on what was just said, and those took another five minutes. He offered again to act as foreman. One of the other jurors looked at me and asked if I was an attorney, and when I confirmed I was—reluctantly—she nominated me as foreman. The banker didn’t disagree, but he did offer some further thoughts and repeated his offer to act as foreman, maybe as an alternative to me.

It was decided, I would be foreman. If this happens to you, resist. The foreman’s role is not all it is cracked up to be.

Some of the jurors expressed hesitation about the defendant’s guilt. After all, we hadn’t heard from the defense yet, and while we understood he could not have the shells, we didn’t know why they were stored in his mother’s garage.

We went back into court, and the judge dismissed us for the day. The trial would reconvene the next morning. We were not to discuss the case with anyone, we were not to do any research on the case, we were allowed to consider only what we heard so far and what we would hear the next day when the defense put on its case.

The attorneys and the defendant stood when we left the room. Do this—it does not go unnoticed, and it is appreciated.

The next day, the defense presented its case. The defendant explained why he had the shells but forgot they were there. We still did not know what he did in the first place, or why he was not allowed to have the shells in the second place.

Closings were made—nothing dramatic, short and restating what we’d already heard. Not quite the television closings of Law and Order, but close.

The judge read us the jury instructions. She told us to only consider what we heard, nothing more, and that we had to apply the law as it was laid out in the instructions. We adjourned to the jury room.

The contractor confirmed her view: “The guy is guilty as sin.”

The banker again held forth on the evidence. I had to cut him off politely and when I could, so the other jurors could have a say.

Some thought the defendant was guilty, some had doubts. One of the jurors reported on research he did the night before and that he had stored on his cellphone. According to his research, it was not surprising the guy had those shells if he was a professional.

I reminded him we couldn’t consider any of that, just what we heard in court. It didn’t seem to matter, although he didn’t say much more. The banker offered his thoughts on the evidence, as well as on what the other jurors said. I interrupted him to give everyone a turn to speak, and so we would not need to return the following day.

Some of us had questions for the judge.

“Was the fact that the defendant had the shells the only thing we could consider? If he had them, was that the violation—game, set, and match—or could we consider why they were there? Did it matter that he knew they were there, or was it just that they were there and so was he?”

The judge sent back the answer: If the shells are there, and we find they were, then it is a violation of his parole if the defendant is also there. That was the law.

That didn’t sit well with some of us. The contractor felt vindicated and didn’t understand what was so difficult to decide. The banker had some thoughts, but others cut him off this time. We went around the room for a tally. With the judge’s answer, we had little choice. Jury nullification reared its head as another juror and I tried to figure a way around the obvious. It was no use, the guy had to be found guilty.

We told the judge the verdict, and she thanked us for our service. The defendant was disappointed—distressed really—and stared at us with a look of disbelief as we walked out.

He was right, of course, but he would never know why, or what happened in that room, or how it had come to this. We never found out what he’d done so that having skeet shooting shells in his mother’s garage meant he had to go back to jail.

The system works, just not the way you think it does. If you can get on a jury, do it. It is an experience worth having and provides insight into the law, what a jury is confronted with, and how they handle—or don’t handle—what you tell them.

John P. McGill is the principal of McGill Law Firm and represents contractors and suppliers throughout the San Francisco Bay Area in both private and public work disputes. He obtained his JD from the University of the Pacific McGeorge School of Law, and he is the author of California Contractor’s Desktop General Counsel: What You Need To Know About California Construction Law.