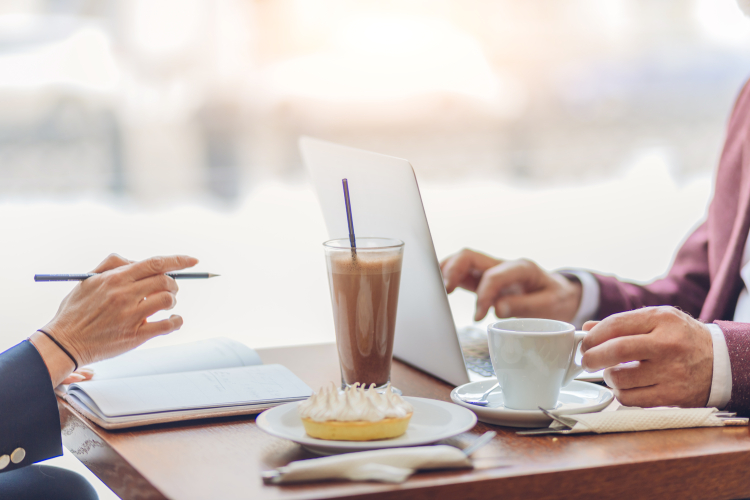 The past couple of decades have witnessed drastic changes in how legal services are provided. We now see law offices in traditional settings, such as tall buildings with elevators, and also in supermarkets, warehouse stores and even cafes—as seen in the recently established Toronto cafe Lawyers & Lattes Legal Café. It begs the question: Where are legal services heading?

I am a baby boomer, meaning I was nourished with the images of a lawyer through television from the 1950s and ’60s. One of my heroes was Perry Mason. His desk was Spartan. No computer. His able assistant, Della Street, sat in on his client interviews with a steno pad in hand. And Mason always wore a blackish suit. I presume it was blackish, my presumption being based partially on the fact that my television screen was in black and white. I will add that his weekly adversary, District Attorney Hamilton Burger, generally wore a gray suit. Again, I can only guess from what I saw through the lens of my television.

This was a lawyer in a law office. Mason inspired me big time to enter the legal profession.

Another major lawyer role model for me was the character Atticus Finch, as played by Academy Award winner Gregory Peck in To Kill a Mockingbird. He practiced out of his wooden, veranda-equipped house in rural Alabama. He also wore a suit—actually a white suit. The movie was shot in black and white and, again, I can only guess at the actual color. Finch was a formidable lawyer, caring, attentive and courageous. No elevator, but that was OK.

Let’s fast forward a few decades. In the Toronto area, one lawyer started changing the face of the law office by setting up several storefront branches in shopping malls, no appointment necessary. While you’re out shopping for a new pair of Nike shoes, you can just drop in at the lawyer store and spill all the beans of your dysfunctional marriage to an attorney on duty.

I suppose if you are charged with a serious crime, such as assault with a weapon—and you might want a lawyer who comes somewhat recommended—you may not take too much comfort in hearing someone tell you: “Just go to that office near the Gap at the Belmont Mall. Ask if the guy with the horn-rimmed glasses is in. He got me off on a speeding charge.”

Not too long ago, a law firm called Axess Law opened up several branches inside Walmart outlets in Ontario. This firm, like the mall lawyers one, has a fees menu stationed in front, listing the cost of various services. It occurred to me that clients might just think they are Walmart lawyers. I imagine that Walmart would be concerned about being dragged into potential malpractice litigation and, accordingly, they probably have stringent provisions in their leasing agreements to ensure they distance themselves from the lawyers.

It would not surprise me if the provisions included conditions like:

• Your lawyers will not wear yellow and blue smocks.

• You must not have a greeter at your entrance.

These are simply my thoughts expressing my concern for Walmart’s welfare.

More recently in Toronto, a lawyer named Dale Barrett opened a cafe in October 2018 called Lawyers & Lattes where you can also get legal services. The cafe offers a fair array of food and drink. If a customer wants legal services, there are always a couple of lawyers on duty who will sit down at a table with the customer-now-turned-client. This person can opt for privacy away from, say, the college students sitting nearby with their computers.

You never know; it could come in handy one day.

I imagine their lawyer dress code is easy; maybe they can show up in jeans, no problem. Barrett wishes to dispel lawyer stereotypes. He readily achieves this goal.

I can’t imagine Perry Mason interviewing a murder client suspect while sitting around in his office wearing a pair of Levi’s jeans. Nor do I see Atticus Finch telling his client, “They have your fingerprints on the murder weapon. Looks serious. You can get the chair for this one. Can I get you a cappuccino?”

For more involved matters, they partner with a network of lawyers upon whom they can call. Barrett jokingly refers to the concept as an “Uber for lawyers.” I wonder if they will take that one a step further and partner with Uber, indeed, networking with lawyers who also provide Uber transportation. This would be a super time-saver. The client can get legal advice while, say, driving to the airport. Then again, the lawyer/operator would have to docket his or her time reverting back to the taxi meter. The meter multiples, of course, would be units of “.1.” Just a thought.

I have not seen a law office open yet in one of my favorite stores, Costco. This is certainly food for thought. As for the food part, one aspect of Costco is the cluster of nosh stations, where the roaming customer can stop for nibbles of cheese, cookies or pickles. The servers usually slice the already-small sample piece into several pieces, just to give you a taste—a tiny one.

I don’t know what the law firm can offer, parallel to these munchies—maybe a short soundbite of legal advice. Very short. A customer stops in front of a lawyer stranding behind a podium. The lawyer queries: “Your legal problem is?”

The customer asks something simple like: “How do I get custody of my kids?”

The lawyer responds: “Good question. Actually, our office is over there next to the tire center. This week’s special is divorces.”

Another issue Costco would have to deal with is the fact that most of their products come in multiple quantities or giant sizes. A client might ask for a quote for the sale of his house and the lawyer may have to decline, saying: “Sorry. Can I interest you in selling three houses?”

A major boon about Costco shopping is its legendary satisfaction guarantee refund policy. This could be a problem with legal services. While customers have to line up at the refund counter for service, Costco might see itself getting letters from disgruntled clients from places like San Quentin. “I’m not satisfied with my lawyer. I want a full refund now. I don’t want to wait 14 years. Receipt enclosed.”

The face of the traditional law practice has been changing. I’m proudly old school. For me, Perry Mason and Atticus Finch are still my legal role models. I think had these gentlemen been around today, they would, indeed, likely end up at Costco but only to buy a jar of pickles. OK, maybe three jars.