Super Law: How ethical obligations can shape business and your practice

By Dave Curran and Ann Dermody

When framing the phrase super law in relation to sustainability with senior in-house execs and lawyers some years ago, people were puzzled by the concept.

The notion of sustainability super law, a prevailing set of obligations—often self-imposed and without the weight of law—acting more like a biblical decree that somehow supersedes statutes actually on the books, seems counterintuitive to people steeped in traditional risk management.

The super law intervenes as a collective overarching edict that consciously and unconsciously taps into the zeitgeist of current society and causes significant change, with or without the legislative help of Congress or the world’s lawmakers.

Walmart recently announced it would no longer sell ammunition for military-style weapons. The statement came after two deadly shootings in the company’s stores this summer and in response to mounting pressure from gun-control advocacy groups, politicians and Walmart’s own employees.

But there was no legal or regulatory mandate for Walmart to make the decision. The company has had a long and complicated history with selling guns and ammunition, and this decision is expected to reduce their 20% market share of ammunition sales to as little as 6%—a significant economic impact by any standard.

So what caused CEO Doug McMillon to acknowledge in a memo to employees, “The status quo is unacceptable”?

In short, a tipping point occurred: politically, socially, financially and ethically, making it more practical for Walmart’s leadership to stop selling the ammunition than for it to continue to do so. And that pressure came from a combination of stakeholder monitoring.

Walmart is by no means the only company to change track as the economic and political winds gather force and cause a super law to occur, but the lines of implementation are not always easy to execute. 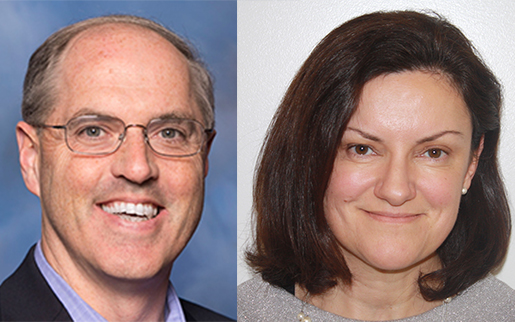 So where does the legal ecosystem come in?

In short answer, everywhere, as legal and risk managers finally join forces with the economic drivers of business and recognize that dollars get siphoned away when clients are not happy with how companies conduct themselves.

The potential for financial and reputational risk tied to ignoring a super law is enormous—but the need for carefully implementing it is equally colossal.

Instead of being proactive, the sad fact is often the lawyers are the ones complicit by trying to “disappear” the problems. The #MeToo movement is a great example. For many years, lawyers could help sweep abuse victims under the rug because powerful employers had the money and leverage to do it.

Harvey Weinstein and Roger Ailes didn’t draft the settlement agreements that paid off and silenced multiple women—lawyers did. Today, many organizations are realizing that bad press from #MeToo is bad for business, and some organizations are beginning to address the root cause of problems that give rise to hostile work environments and lawsuits.

Even if lawyers could wield their protective weaponry, their management and boards are pushing to hire, retain and promote more women and diverse workforces. Customers, NGOs and other stakeholders are actively influencing and voting with their money and feet on important social issues. CEOs and boards are understanding that they need to be “activist.”

A top-down approach to success

The morality argument is easier for lawyers to make when the “do no harm” mandate comes from the top—especially when economic forces are at play.

Larry Fink, the CEO of the asset management firm BlackRock, published a letter last year on the importance of the social purpose of private and public companies.

“To prosper over time, every company must not only deliver financial performance, but also show how it makes a positive contribution to society,” Fink wrote.

He argued that companies that proactively manage the challenges related to their role in society are exposed to fewer risks in the long term and as a result become more attractive to investors.

He’s not the only one thinking that way. The lines between doing only what is legally binding and what is necessary for brand reputation have been edging closer to each other as public expectation and corporate governance set off on their collision course in recent years.

In August, in a statement published by the Business Roundtable, 181 of America’s top CEOs committed to making their companies operate for the benefit of all stakeholders. They stated their objective was no longer solely to maximize returns for stakeholders but also to fairly compensate employees, deal “fairly and ethically” with suppliers and “protect the environment.”

It seems like a tall but obvious order. And it’s a trend not driven by altruism or actual laws on the books.

The louder the research echoes that adhering to the super law is tied to the bottom line, the more we can expect to see the legal community positioning itself to keenly observe it, too. Morals and ethics optional.

The legal community is a perfect fit

None of that makes the role of the in-house or external counsel or compliance and risk manager easy. Legal professionals and their stakeholders are struggling to keep up with shareholders’ and customers’ increasingly loud demands for the transparency and reporting of the results of ethical and sustainability commitments.

Underfunded and siloed, in-house and outside counsel functions can struggle to address the associated liability, financial and reputational risks that come with failing to comply to a law that doesn’t technically exist but yet manages to transcend all others in the global battle for brand reputation.

But thorough temperature checks on public opinion to stay ahead of reputation and litigation risks are becoming essential—both by brand and communication teams as well as risk management and compliance teams.

It’s a delicate balance of reading the stakeholders’ expectations and sentiments correctly, setting expectations, and then over delivering. In an age where information travels at lightning speed, truthful or not, brand repute carefully built over decades can be eroded in hours.

Many companies have published aspirational principles and public pronouncements focused on a variety of environmental, social governance and related best practices. Yet little was done to match the public declarations with actual investment in the people, money and technology needed to implement, track, measure and monitor these initiatives.

The ones that did get funding and attention were typically driven by legal mandates or major public demands. But even some of these lost steam after the initial attention and enthusiasm waned. And in some cases, backfired to such an extent they ended up costing more financially and ethically than if nothing had been done at all.

The ones that have succeeded include all stakeholders, investors, clients, shareholders, employees and the public at large, and aren’t just lip service or crisis management responses.

The good news is that the super law offers a whole new book of potential business for lawyers and operates as a perfect place for industry-specific firms to supplement their clients’ operations.

Delving into all the factors and nuances that can gather to form a super law is a complex and time-consuming practice, ideally suited to the task of critically analyzing scenarios and workflows that spot and mitigate risk.

Also, once the super law requirements, legal, quasi-legal or just plain common sense have become embedded within an organization, lawyers are well positioned to ensure their compliance, which is essentially the most important factor. It’s in essence the same exercise as legal mandates, as opposed to an investor preference or inquiry, which may carry much less weight.

6 Tips to Prep for a Super Law

Monitor the trends. Internal missteps can be externally amplified in seconds. Monitor social and traditional media to see where trends are going and where your organization might be falling short. Watch all the channels. It’s no longer just for the communications/PR department.

Do a reputational drill. Saying you’re prepared from a reputational standpoint for a cyberattack, data breach or #MeToo claim is easy—being actually prepared is hard work and requires constant drilling, role playing and practicing to get right. Include senior management.

Check your resilience? Focus first on your key reputational risk issues and figure out how you can be risk resilient to them if the worst was to happen.

Speak up. Often, the smartest person in the room is on the risk or legal side of the house. They should be commenting on ideas and rollouts, even when it’s not strictly within their general compliance realm because they know where the traps and opportunities are.

Don’t be the department of “no.” The business needs to succeed, so you need to figure out how to keep them compliant while doing so. Compliance tends to revert to the lowest risk denominator for safety, which isn’t always conducive to innovation or hearing what stakeholders are demanding.

Stay in the know. Risk and compliance is often brought into announcements and joint business ventures when the deal is almost in place. Insist the business hub gives visibility early to save potential pain and time trying to fix things later on.

Dave Curran is the senior vice president and chief business officer at FiscalNote, a risk mitigation, information services and stakeholder management company that leverages tech, AI and data analytics. Before that, he worked with Thomson Reuters as the global director of risk and compliance. Curran began his career as a media trial and appellate lawyer before moving to senior in-house legal, compliance and regulatory affairs positions.

Ann Dermody is the director of content, product and partnership marketing at FiscalNote. Prior to FiscalNote, Dermody spent several years as an editor and journalist for multiple international newspapers and magazines.