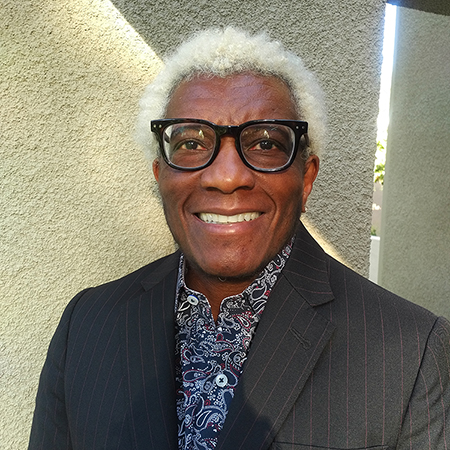 Since 1980, I have been consistently reviewing law school applications. Even then, as a first-generation black American college work-study student in the admissions office at Columbia Law School, it was pretty clear to me that admission to elite law schools was preordained by one’s academic pedigree. Some of the faculty I encountered begrudgingly agreed that pedigrees were advantageous, yet these same illustrious legal scholars, all older white male professors—some of whom became my greatest mentors—thought that the LSAT was a great equalizer as an assessment tool.

They told me, “It shouldn’t matter where people went to school.”

As we face the possibility of the elimination of standardized testing for law school admissions, it’s time to stop and consider the consequences. Last week, the Council of the ABA Section on Legal Education and Admissions to the Bar proposed changing its standards to permit an admission test to be optional. That decision will be put before the ABA House of Delegates for approval.

However, after several difficult years, law schools in their rush for “innovated” enrollment systems are taking a very short-term view. While eliminating the test requirement means a potentially larger pool of prospective applicants, that does not mean they are qualified applicants. Have we as an industry fully considered the long-term effects of going test-optional?

First, it should be about the students, so let’s talk about the students. Law school admission is the first step in a professional credentialing process and has always included an objective measure such as a standardized test that ensures that candidates from all kinds of backgrounds can compete on common ground.

No matter where someone obtained their undergraduate degree, each applicant has the opportunity to take a test that will not only give them a shot at admission to law school and “tuition discounting,” but will also provide an indication of an applicant’s readiness and potential to succeed when they enroll. Standardized tests are not without their flaws, yet they are widely recognized as a proven indicator of future achievement. There is a real correlation, agreed upon in the industry even among test detractors, between law school admission test scores and first-year performance.

Transparency and consumer protection also favor maintaining the current requirement of a standardized test since it enables candidates to compare themselves to validated profiles—and measure their potential for law school compared to others with similar scores.

Let’s be honest: If we’re really talking about attempts to expand opportunity for diverse communities, including for those from lower socioeconomic backgrounds, the personal and financial liability will be much more complicated and devastating if they don’t succeed. Students who are admitted on GPA alone or perhaps in conjunction with qualitative factors absent from a standardized test may borrow six figures for just their first year. If they flunk out, they will rightfully will ask why they were even admitted in the first place. The stakes are simply too high when we fail to position people to succeed.

Second, good law school admission professionals will tell you that standardized tests are just one of the tools that we use to select a 1L class. Test scores also help to inform the distribution and depth of academic support, including early intervention, long before the bar exam.

It’s perplexing that today people argue that the LSAT has been an obstacle for people of color. Having walked through the hallways of our nation’s law schools through the ‘70s and ‘80s, I respectfully disagree. Today there are more women and people of color enrolled, graduating and practicing at the highest level of the legal profession than ever before. If the LSAT hadn’t been an equalizer, there wouldn’t be the beauty of the many facets we now see reflected in our profession.

Look, I get it. I’ve heard from people, including close colleagues who want all tests to go away because they don’t want U.S. News & World Report to continue to use them in its annual law school ranking. People think that doing away with testing will loosen U.S. News’ stranglehold on legal education. If you believe that, you should consider buying that famous bridge, too.

I have also engaged with many admission professionals and some law school deans who remain in favor of mandated testing, but fear speaking out over job security or loss of personal academic reputation. And I understand that too. However, I recently heard Dr. Ruth J. Simmons, the first black president of an Ivy League school, speak at the 2018 American Council on Education conference, where she said: “Sometimes you get to the point where you are too old not to speak your mind.”

My deepest fear is that at some point we will drift back to those days where admission was determined by your pedigree and not your ability.

In the absence of a calibrated, unified system that includes standardized testing, I am certain that chaos will ensue. Instead of rushing to drop testing just to end a contentious debate, let’s take time to slow down and do the necessary research about the impact this will have on applicants, law schools and the legal profession as a whole.

Jay L. Austin is the assistant dean for admissions and student financial services at the University of California Irvine School of Law, and co-founder of Minority Network, an informal professional network of admissions professionals at ABA-accredited law schools. He has served three terms on the board of trustees of the Law School Admission Council, which administers the LSAT, between 1999 and 2015.