Want a satisfying experience as a juror? It's all about the food 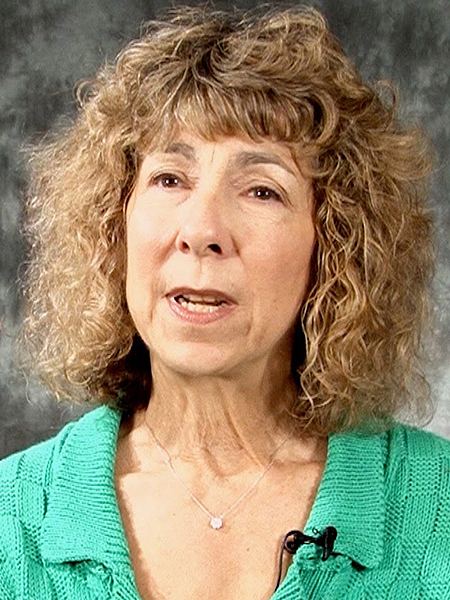 When I told friends and family that I had been selected to serve on a jury in D.C. Superior Court, with only one exception, all expressed their condolences first and then added that they could not believe I had been selected. After all, I’m a prosecutor. Two weeks later, after seven days of testimony in Judge John Mott’s courtroom and a day of arduous deliberations, I couldn’t wait to tell them how they had it all wrong. I loved the experience and I had a renewed faith in the system.

First, the case: It was a Whistleblower Protection Act suit brought by an individual who had been fired from a job at a D.C. government agency. We heard from 10 or so witnesses, including the plaintiff and a psychiatrist, and we examined, among other evidence, charts, letters, e-mails and evaluations (both of the plaintiff’s performance and the entities with which the plaintiff worked).

Next, the jury: Who were we? Looking at the eight people in the room that first day, at a glance I could determine we were seven white people and one African-American; five men and three women; and three old folks (myself included) and five millennials (give or take a few years). Everyone but Tony had a phone or laptop in hand; Tony had a book.

What did I make of the group? I had no idea. The clearest thing was that everyone seemed to take this assignment seriously. As instructed, we never talked about the case during any of our breaks, and if someone veered slightly into the realm of saying something substantive about the evidence being presented, others quickly and politely reminded him/her of the obligation of silence. I advised those under 40 that they were required to watch Twelve Angry Men immediately.

A taste for justice

So, what did happen in the jury room, during those 10-15 minute breaks throughout each day, and during lunch? What made it possible for us to come together in the end, and conclude our deliberations with the firm belief that we had done what was right and just? What made us look forward to getting together as a group in the coming months? My answer: It was all about the food. Let me explain.

After the first full day of testimony and a few exchanges of pleasantries, with little personal information divulged, I decided to bring muffins and donuts the next morning. I hadn’t considered the effect, but my upbringing was such that I knew that people are always in a better frame of mind after they’ve eaten something yummy.

That was the beginning. By lunch time, we had started to talk about ourselves a bit and, more importantly, we started talking about the next day’s breakfast. Jared explained that he actually made his own bagels. Who does that? He had tried many variations and recipes and had settled on one in particular. To assist, Sara brought in toppings she kept in her pantry—poppy seeds and “everything” mix (seriously). Adam confessed that he really needed coffee and that he ground his own beans. So, the next day Jared brought in bagels, and Adam brought in beans, his hand grinder and his French press. Sara brought fresh sliced fruit, and I brought cream cheese and butter (I need both on my bagel).

Suffice it to say there’s not a New York bagel that can compete with Jared’s. We later learned he had actually gone to a high school in New Jersey that focused on culinary arts (lucky for us, and his girlfriend).

At that point, Carol said she was going to bring in Ted’s Bulletin pop tarts the following day, and she took our orders. I had never heard of Ted’s Bulletin. OMG! Traditional strawberry, salted caramel, blueberry cheesecake, or brown sugar and cinnamon? I opined that I didn’t like sprinkles (they all came with them). No problem; George offered to let me scrape mine onto his. George also brought in apples each day so that we could pretend we were eating healthfully.

That evening, before leaving the jury room, Scott advised he was going to bring in homemade chocolate truffles the next day. Wow! Someone brought in cherries that day, because, again, the pretend factor of a healthy diet. Then, we came to find out that Scott had actually never made truffles before. How lucky could we get? They were scrumptious.

Tony decided he’d bring in mints and gum every day because we all needed them at some point. He was right. The final day we had doughnuts from Astro Doughnuts & Fried Chicken (another OMG!)—vanilla glazed, maple bacon, PB&J, and crème brulée.

The comradery spilled over into lunchtime, though without a microwave or refrigerator, we couldn’t easily prepare the gourmet meals about which we fantasized. So at lunch some went out together, others stayed in, and others went to museums nearby. We learned a little more about one another and the things we had in common. Scott is a curator of a museum and George had worked for 30 years at the Smithsonian; Tony’s son had won an award from an affiliate of an organization on which I serve on the board.

Oddly, 16th century art and antiques came up in conversation as much as what was trending on the internet. Everyone was interested in Amazon Prime’s new rules on returns, and the old folks tried very hard to understand what the others were discussing when the discussion turned to social media.

On our final day, a full day of deliberations, as the foreperson I brought in markers for everyone to highlight questions on the jury instructions; put up key legal definitions and instructions on the wall; and tabbed the binders containing hundreds of pages of evidence with descriptive section titles so we could access the material quickly for the discussion addressing the elements on the verdict form. We then set out to work.

We discovered right away that we didn’t all agree as to what the outcome should be. What was remarkable, however, was that each and every one of us spoke up honestly and with conviction and each respected the other’s opinions. There was not a single shout, expletive or snarky glance. When Tony or George seemed a bit quiet, the millennials would stop the proceedings to make sure their voices were heard.

In the end, we unanimously agreed on a finding. We also agreed that we felt sorry for the jury in the room next to ours. Every day, we walked by their room numerous times—there was no conversation, no laughter, no eye contact—and no food.

Our jury is getting together again in September, for drinks … and hors d’oeuvres, of course.

Judith Friedman is a federal prosecutor in Washington, D.C., and has been a member of the ABA for over 40 years, having served on the Criminal Justice Section Council and numerous section committees.