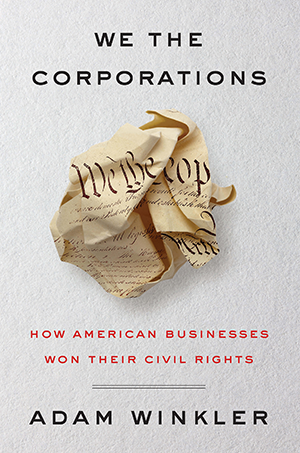 When we think of civil rights movements, the first to spring to mind might be the battles against African-American segregation or for women's suffrage. But one of the longest, most successful–and least-known–of these movements in America has been made on behalf of corporations. In this episode of the Modern Law Library, professor Adam Winkler, author of We the Corporations: How American Businesses Won Their Civil Rights, shares what he learned from his investigation into how corporations have achieved constitutional protections ranging from the right to sue and be sued, to individual rights like religious liberty protections and free speech.

Winkler also discusses with the ABA Journal’s Lee Rawles the uniqueness of corporations’ use of the courts to achieve civil rights, dating back to Colonial times, without an accompanying popular political movement. Some legal victories won on behalf of corporations have actually provided precedents that worked in favor of human civil rights. But Winkler expresses ambivalence about the breadth of rights now claimed by corporations, and the strength of the legal theories used to support them.

As one example: The 14th Amendment may have been intended to grant rights and citizenship to former slaves, but in the first 45 years of its existence, only 28 cases before the U.S. Supreme Court invoking the 14th Amendment concerned African-American rights. Another 312 used the 14th Amendment to argue for rights for corporations. In his book—and in an article for the Atlantic—Winkler tells the story of how Roscoe Conkling, a powerful New York politician and one of the Republican framers of the 14th Amendment, managed to establish a powerful legal precedent in favor of corporate rights that was based on lies and fraud.

In this episode, Winkler also shares some of the most common misconceptions about cases like Citizens United and Hobby Lobby, and how the legal personhood of corporations is misunderstood by the public. 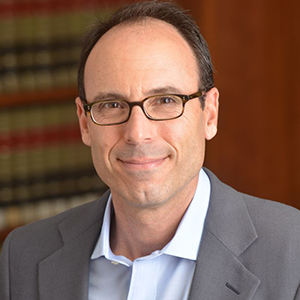 Adam Winkler is a professor at UCLA School of Law specializing in American constitutional law and history. He is the author of We the Corporations: How American Businesses Won Their Civil Rights (2018) and Gunfight: The Battle over the Right to Bear Arms in America (2011). Photo by Todd Cheney.