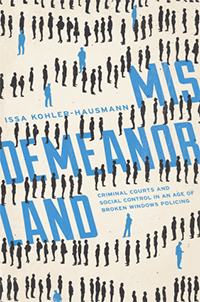 As violent crime in New York City peaked from 1988-1991, policy makers were desperate for ways to combat and prevent it. In 1994, a new theory was embraced by the NYPD: that by controlling low-level “quality-of-life” violations like vandalism, noise complaints, traffic violations and aggressive panhandling, the police would ward off violent crime and more serious property crimes. Violent crime numbers had already begun to dip, but now misdemeanor arrests shot up, pulling in tens of thousands of people with no prior criminal record.

In this episode of the Modern Law Library, Prof. Issa Kohler-Hausmann explains to the ABA Journal’s Lee Rawles the impact this change in tactics had for New York City police, courts and residents, and discusses her new book, Misdemeanorland: Criminal Courts and Social Control in an Age of Broken Windows Policing. 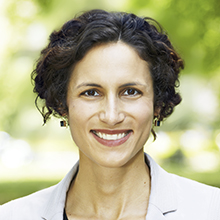 Issa Kohler-Hausmann is an associate professor of law at Yale Law School and associate professor of sociology at Yale University. Before coming to Yale, she was a Law Research Fellow at Georgetown University. She previously worked as a solo and as an associate with Ilissa Brownstein & Associates, handling felony and misdemeanor criminal defense, New York state freedom of information litigation and parole matters. Misdemeanorland: Criminal Courts and Social Control in an Age of Broken Windows Policing is her first book.