Fairstein’s own prominent career prosecuting sex crimes for the district attorney’s office in Manhattan has greatly influenced her novels, as has her familiarity with New York City. She uses a different prominent New York City location as the backdrop for each novel, and uses it as an opportunity to impart some of the city’s rich history to her readers.

“As a prosecutor in New York for so many years, I got to know the city really well in ways that the average resident or tourist certainly doesn’t,” Fairstein says. “So places that seem very benign and elegant and culturally iconic often have had bad things happen in them.”

In addition to discussing the Alex Cooper novels—and a major plot twist in Devil’s Bridge—Fairstein shared for the first time that she is going to be launching a brand new series, aimed at children ages 9 to 12. 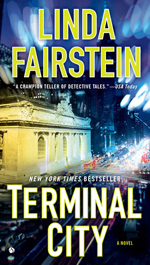 “I have been saying to my agent for years, ‘I would love to write a modern-day Nancy Drew, and I’d love to write it for middle-school kids,’ ” Fairstein says. 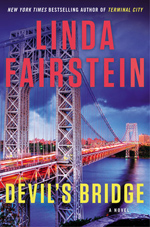 “She’s very curious, she has a lot of attitude, a little more modern-day-urban than Nancy Drew,” Fairstein says. “And the big twist is that her mother is the first woman police commissioner in the NYPD, which is a job I wanted to have in the ’80s.”

Listen to the full interview to hear more about Fairstein’s research methods; how her fans have influenced the course of the Alex Cooper series; and her thoughts about Harper Lee’s newly released book Go Set a Watchman.

In the hands of author Linda Fairstein, fictional sex-crimes prosecutor Alexandra Cooper has enjoyed a career spanning 17 books and almost two decades. Cooper’s 16th adventure, Terminal City, was selected as one of the three finalists for the 2015 Harper Lee Prize for Legal Fiction. 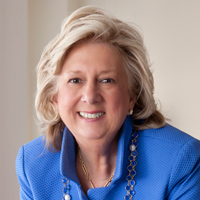 Linda Fairstein served as a prosecutor in the office of the New York County District Attorney from 1972 to 2002, where she was chief of the country’s pioneering Sex Crimes Prosecution Unit. Her first novel in the Alex Cooper series, Final Jeopardy, was published in 1996. Her book Terminal City was selected as a finalist for the 2015 Harper Lee Prize for Legal Fiction. She is a regular contributor on criminal justice issues to a number of media outlets, and she is an advocate for victims of domestic and sexual violence. (Photo by Katherine Marks.)