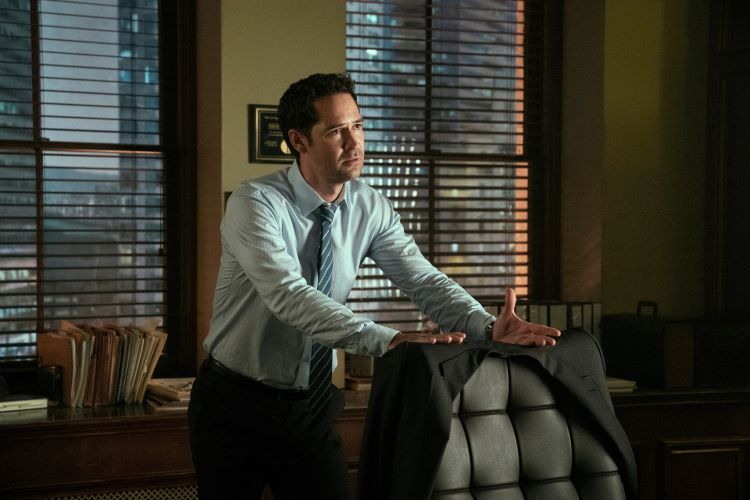 Manuel Garcia-Rulfo stars as the title character in the Netflix series The Lincoln Lawyer. Photo from MovieStillsDB.

It’s rare to find a dramatic character who becomes synonymous with a particular area of the legal profession. Think about it: Try to name a fictional attorney off the top of your head who is commonly associated with personal injury, product liability, taxation, immigration or any other legal field. It’s challenging.

But for whatever reason, that doesn’t hold true for criminal defense. History is full of examples of “lawyers” regularly identified with defending those accused of crimes. Atticus Finch, Perry Mason, Ben Matlock and Saul Goodman (more recently) all come to mind. Over the past 15 years or so, there is another—not so often cited—attorney who has made a fictional career out of defending the downtrodden: Mickey Haller, better known as the Lincoln Lawyer.

Created by Michael Connelly, the original incarnation of The Lincoln Lawyer stemmed from a spinoff of sorts. Haller, the defense attorney known for operating his legal practice out of the back of his Lincoln Town Car, was actually the half-brother of one of Connelly’s other literary linchpins: Hieronymus “Harry” Bosch. Actually, until the release of The Lincoln Lawyer in 2005, Connelly was best known for his detective novels in which Bosch carried the majority of the narrative load.

That The Lincoln Lawyer was eventually adapted for visual consumption should come as no surprise. Connelly’s Bosch detective character had previously been adapted for the screen via Amazon Studios. Bosch aired for seven seasons, from 2014 to 2021. And a revival, Bosch: Legacy, premiered on Amazon May 6.

What many probably fail to realize, though, is that—much like the Bosch character—Mickey Haller and the tale of The Lincoln Lawyer were far from one-offs. In fact, subsequent to The Lincoln Lawyer, Haller returned in The Brass Verdict, The Reversal, The Fifth Witness, The Gods of Guilt and The Law of Innocence. These five follow-ups see Connelly delve into multiple facets of Haller’s character development.

With so much material, any creative working to bring the character to life should have plenty of depth to draw from.

Aided by Matthew McConaughey’s formidable portrayal of the titular attorney, the film version of Connelly’s novel was released March 18, 2011. The movie works as a visual representation of the book. It is quick-paced, full of intrigue and extremely stylish. It hit the mark on many levels and has a following to this day.

Most of that is likely due to McConaughey’s role and infinite amount of swagger. I remember being a young attorney, watching the film when it first came out and immediately connecting with the character. I also constantly tasked with traveling from court to court and basically working from my vehicle as I ground away to make my name. In fact, more than one fellow attorney affectionally (and probably condescendingly) referred to me as “the Kia lawyer” due to my hustling nature.

The first third of the movie is close to perfect. The pace is flawless for a fast-talking, fast-moving attorney with a penchant for playing all the right cards at the right time. And the second and third acts contain enough intrigue and mystery to hook an audience already drawn in by McConaughey’s charismatic ways.

Furthermore, the film did well at the box office, grossing $87.1 million and more than doubling its budget. The Lincoln Lawyer was generally well-received by critics, and Connelly himself applauded McConaughey’s role and the adaptation’s commitment to staying faithful to the source material. 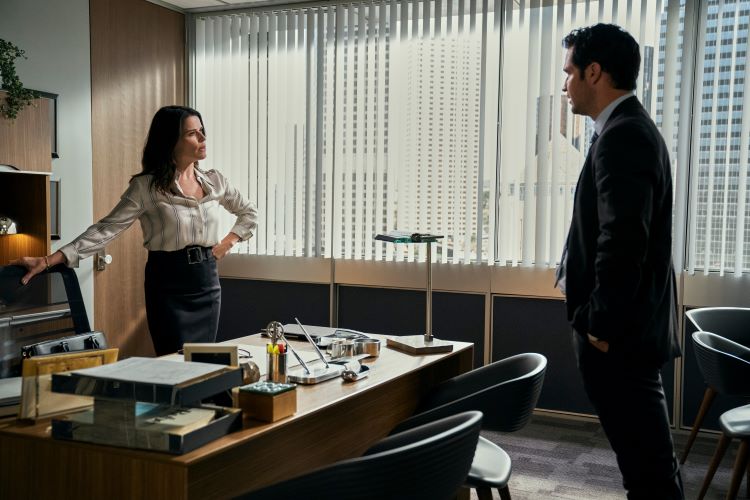 Neve Campbell stars as Maggie McPherson, and Manuel Garcia-Rulfo stars as Mickey Haller in The Lincoln Lawyer. Photo from MovieStillsDB.

Premiering May 13, the newest iteration of The Lincoln Lawyer is currently streaming on Netflix. Unsurprisingly, the series is created and executive produced by none other than the godfather of law-related programming, David E. Kelley.

Whereas The Lincoln Lawyer film relayed the story of the homonymous book, the Netflix series smartly focuses on the second installment in Connelly’s Mickey Haller series, The Brass Verdict. In all honesty, I am unfamiliar with any of the novels, so this pseudo-introduction to another offering in the series via Netflix’s rendition is a welcome edition.

In the books, it is noted that Haller, who is half-white and half-Mexican, looks more Hispanic. Choosing Manuel Garcia-Rulfo to star in the Netflix series avoids the traditional Hollywood whitewashing, offering a refreshing accurate representation of the original character. We quickly learn Haller has been out of practice for over a year and a half due to a surfing accident (and resulting OxyContin addiction). A prominent former prosecutor-turned-defense attorney has been murdered, though, and the decedent leaves his entire caseload to Haller, subject to an interesting exchange with the presiding judge who authorizes the transfer of the practice.

I feel comfortable stating that the series seems to contain more courtroom scenes than the movie. To be fair, there are far more minutes to fit those scenes into a 10-part program, but anyone who has read this column knows the value I place on in-court sequences. The ones I viewed were scripted and acted very well.

One initial issue: Haller works out of a Lincoln Navigator in this installment, which probably provides quite a bit more space than the Town Car; regardless, it is a departure from the original. Still, after watching only the first few episodes, I would consider myself a fan. Much like the film, the lead does well enough to mask any other deficiencies and keep the audience engaged. Chalk that up to Connelly creating a convincing character. Don’t be surprised if I return to Netflix’s The Lincoln Lawyer for another column after I finish watching the entire season. It’s exceptionally solid so far.

Obviously, there is something that separates criminal defense from other fields of law in the eyes of the public when it comes to pop culture. Again, there simply isn’t another area of the legal profession that is so well-represented in television and film. As I look back and think about other portrayals of the practice of law throughout pop culture, I struggle to find many television series that focus on other specialties. I can think of plenty of films with protagonist attorneys who work in unrelated practice areas; the same doesn’t apply to the serial format.

Criminal law is perhaps the most accessible avenue for relaying a compelling legal drama or law-related thriller to the masses. Very few folks will ever find themselves on either side of most areas of the law. Sure, some might end up in a slip-and-fall or a breach of contract, but almost everyone has a friend or loved one who has been involved in the criminal justice system.

Without trying to tease out every potential reason, it’s fair to say that criminal defense contains more potential for human drama than any other aspect of law. The very nature of “crime” sets itself up extremely efficiently in regard to storytelling. You have it all with a criminal case: good guys, bad guys, anti-heroes, hope, loss, the struggle to persevere through it all, and plenty of plot turns and twists. It seems tailor-made for nail-biter narratives. And the public loves it.