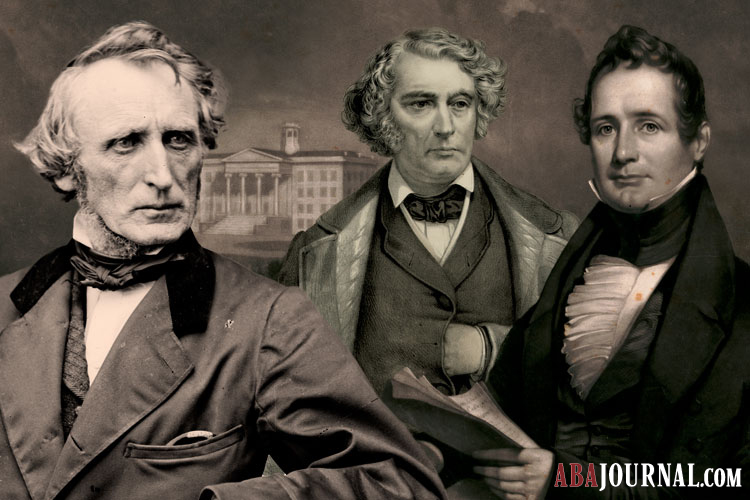 After Lincoln’s murder, Vice President Andrew Johnson assumed the presidency. But Johnson would not lead the campaign for civil rights. The Radical Republican-led Congress, helmed by Charles Sumner of Massachusetts in the Senate (center) and Thaddeus Stevens of Pennsylvania in the House of Representatives (right), passed the Civil Rights Act of 1866 over President Johnson’s veto. It declared that all people born in the United States and its territories—apart from American Indians—were U.S. citizens entitled to “full and equal benefit of all laws and proceedings for the security of person and property.” Concerned that the law might be found unconstitutional, they then set about writing the 14th Amendment. John Bingham (left) emerged as the main force behind the drafting process for what would become the 14th Amendment.

Attribution: Photo gallery by Brenan Sharp and Lee Rawles, photos from the Library of Congress