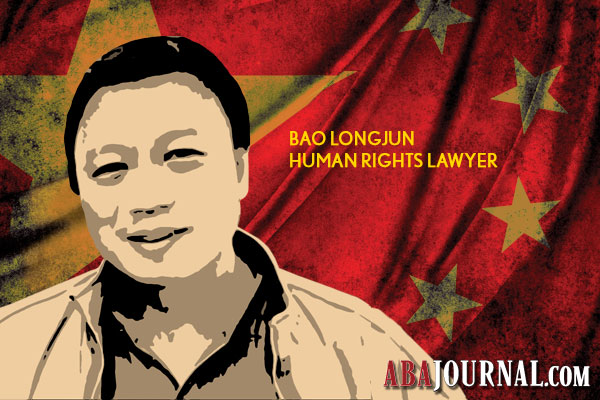 Wang Yu, the woman featured on the first slide of this gallery, was a prominent attorney who worked at Fengrui. She saw her reputation smeared in the state-sponsored press in the weeks leading up to her arrest, the ABA Journal reports. Bizarre accusations were made about acts of violence she had supposedly committed, such as beating a train ticket collector until he was left permanently deaf.

In the middle of the night on July 9, Wang posted on social media that her electrical power and Internet had been cut off, and that people were trying to break into her home, the New York Times and Guardian report. A worried friend who visited her home hours later found it empty. Wang was gone.

The same night, Wang’s attorney husband Bao Longjun (pictured above) was also detained. Their 16-year-old son, Bao Zhuoxuan, attempted to sneak out of the country. But he was caught and prevented from leaving. Videos of his distraught parents being told of their son’s escape attempt were shown on state television a week later, the South China Morning Post reports.

In early January, six months after they were first detained, Wang and her husband were charged with state subversion. Wang’s is the more serious charge, according to the New York Times; Bao has been arrested on the slightly lesser charge of “inciting subversion of state power.”