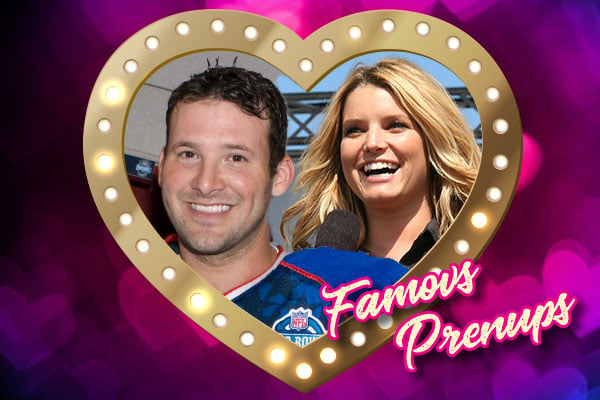 This is a story of a couple who never married, which is for the best given their prenup negotiations. More than a decade ago, singer and actress Jessica Simpson dated Dallas Cowboys quarterback Tony Romo. Throughout their relationship, Simpson was scrutinized. Football fans blamed her for Romo’s poor performance, and the media commented on her fluctuating weight, report the New York Daily News and People. When a possible engagement for the couple hit the news, rumors spread that Romo was considering a clause that would award him $500,000 for every pound Simpson gained above 135 pounds, according to Newser and TheTalko. The couple ended their relationship before a ring entered the picture, preventing this absurd clause from becoming a reality.