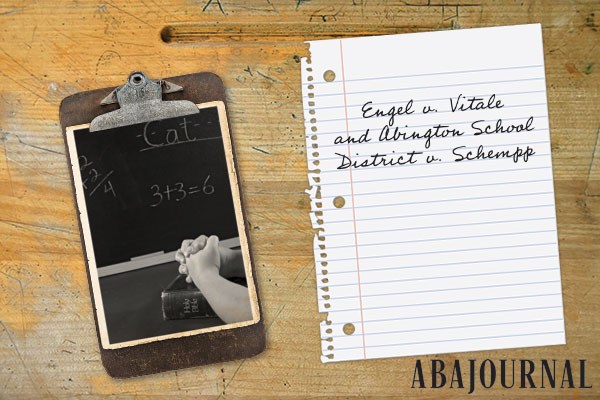 In Engel v. Vitale, the Supreme Court struck down a New York state rule that let public schools host a short, voluntary, nondenominational prayer at the beginning of the school day. A group of organizations joined forces in challenging the prayer, contending that it violated the establishment clause of the First Amendment. The New York Court of Appeals rejected their arguments. The reasoning in Engel also was applied in Abington School District v. Schempp, in which the high court struck down a Pennsylvania policy that required all students to read from the Bible at the start of each school day. The school district sought to enjoin enforcement of the statute. The district court ruled that the statute violated the First Amendment, even after the statute had been amended to permit a student to excuse himself.