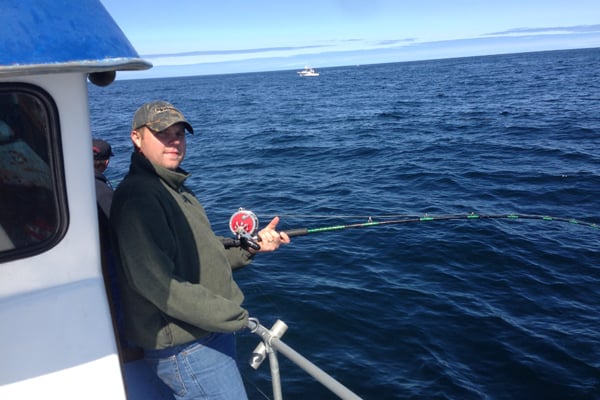 In 2006, Brandon Erickson was feeling frustrated. Three years earlier, while in the Army National Guard and deployed in Iraq, he had lost most of his right arm in a roadside bomb explosion. The usually optimistic lawyer was having difficulty adapting to his physical limitations and felt fenced in by a routine that was in stark contrast to the life he had loved, growing up on a 3,000-acre farm in North Dakota, where his family had raised crops and tended cattle since homesteading the property in 1888. But Erickson’s wife knew the combination that would restore his health and happiness, and at her urging, he took the first simple steps: He got back to nature, and he got back in motion. “I was just surrounded by city, and I needed the solitary time. Just hearing the sound of your own breathing—it’s good for the soul.”

Erickson also began competing in triathlons, and through them, he connected with the organization that would help change his life: the Challenged Athletes Foundation. Through its Operation Rebound program for physically challenged military personnel and veterans, Erickson received the encouragement, inspiration and adaptive accessories to recover from his wounds and begin competing in triathlons. His first year in law school, he took a week off to compete in an international triathlon competition in Australia. Three years ago, he competed in the Bataan Memorial Death March in White Sands, New Mexico—an event Erickson describes as the most miserable thing he’s ever done, other than serve in Iraq. Today, a decade after his injuries, Erickson is fulfilled and at peace. He is a father and a lawyer at a boutique public-entity law firm near the foothills of Northern California. Although he has taken a break from athletic competitions, every weekend he and his family can be found outside, enjoying nature. “My 2-year-old can already do a 3-mile hike with me,” he says. “We go to the lake and throw rocks—it’s a blast.” Recently he took a solo elk hunting trip to the mountains of Idaho, an experience he describes as incredible. “My whole reason for wanting to be active and outdoors was to recover from Iraq and be mentally, spiritually and physically fit,” he explains. “That war will define me for the rest of my life, but I feel like I am on my feet now.”