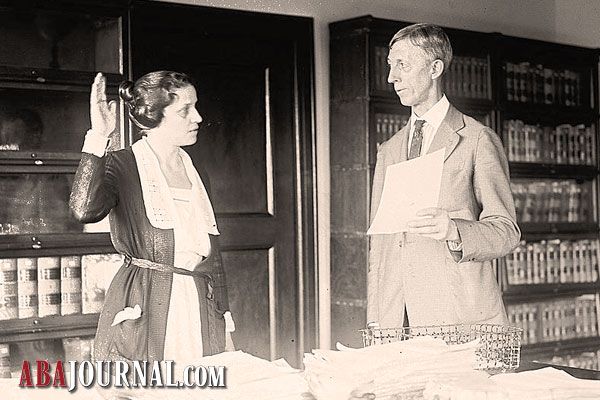 In 1921 at the age of 32, Mabel Walker Willebrandt was appointed the first female assistant attorney general of the United States by President William G. Harding. Although not part of the temperance movement herself, she was handed the charge of enforcing Prohibition laws—and earned herself nicknames like “Prohibition Portia” and “Deborah of the Drys.” The HBO series Boardwalk Empire, set during Prohibition, based its character of prosecutor Esther Randolph (played by actress Julianne Nicholson) on the real-life assistant AG.

After seven years of service and much effort on her part towards campaigning for Herbert Hoover in the 1928 election, she left her position, partly because Hoover failed to nominate her for attorney general. In her private practice, she helped pioneer aviation law, even earning her own pilot license and befriending Amelia Earhart.