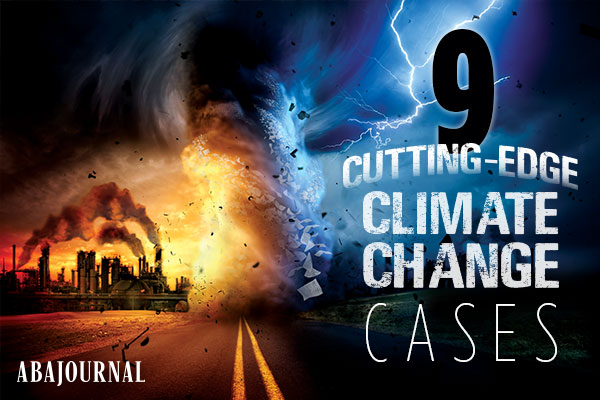 Making the Case for Climate Change

Climate change, which has surfaced as a major issue in the 2020 presidential election, is a growing practice area in environmental litigation. Everyone involved (even the U.S. government, which has been named in several cases), concurs that the climate crisis poses a dire and increasing threat to a safe environment. The big questions are: What needs to be done, and whose responsibility is it to remedy the situation? Cases brought in several nations by an array of plaintiffs—among them children, state and local governments, farmers and environmental associations—target the Trump administration, fossil fuel giants and other alleged perpetrators of climate damage. Check out these major climate change cases pending across the United States and abroad. Regardless of their outcome, all are expected to have a significant impact on the health of the planet—and, some say, even the existence of human life.