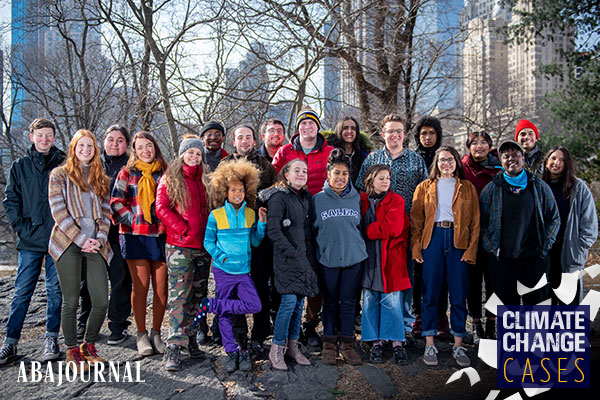 If there is one climate change case to track, this is it. In the most sweeping U.S. environmental crisis case to date, 21 children (Kelsey Juliana is the named plaintiff) from several states filed suit in 2015 against the president, the EPA and other federal agencies. They raised novel legal grounds seeking to force the federal government to create and adhere to a plan to reduce greenhouse gas emissions. The U.S. District Court in Oregon issued rulings favorable to plaintiffs and set a trial date, but it was stayed in November 2018, pending appeal. The San Francisco-based 9th U.S. Circuit Court of Appeals heard oral argument in June 2019, and a ruling was made in January 2020. The 9th Circuit judges said although the plaintiffs had a strong enough case to go to trial, remedies didn’t fall within an Article III court’s power, claiming climate change wasn’t an issue for the courts and should be directed to the political branches of government. The January decision reverses an earlier decision that would have allowed the case to progress. According to the New York Times, Julia Olson, the lawyer who’s leading the plaintiffs’ case, said she would appeal the ruling. If it moves forward, the case would go to the full 9th Circuit for reconsideration.