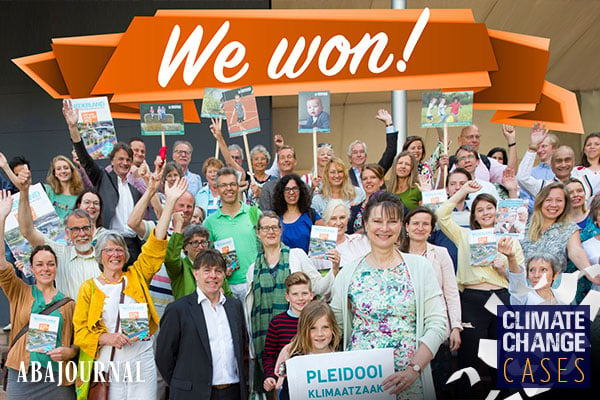 The ruling in this climate change case went further than any other decision to date in the world. The Urgenda Foundation and 900 Dutch citizens sued their federal government, and the Hague District Court ordered the Netherlands to reduce its greenhouse gas emissions by at least 25% (relative to 1990 levels) by the end of 2020. That level is stricter than targets set by the Paris Agreement. An intermediate appellate court upheld the ruling, based on provisions of the European Convention on Human Rights. The Supreme Court of the Netherlands heard argument in May. In December 2019, the Supreme Court ruled the state’s appeal in cassation must be rejected, which means the order directing the State to reduce greenhouse gases by the end of 2020 by at least 25% compared to 1990 will stand.