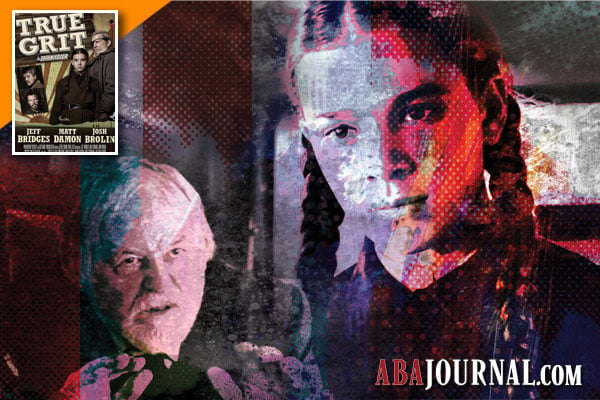 Hailee Steinfeld stars as Mattie Ross, a 14-year-old Arkansas farm girl who sets out to “avenge her father’s blood” after he’s murdered. To track and capture the killer, Mattie needs to hire U.S. Marshal Rooster Cogburn (Jeff Bridges). But all her cash has gone to pay the undertaker. Unless she can raise money, the murderer will escape. So Mattie goes to an auctioneer who did business with her father shortly before his death, and she conducts a negotiation that reduces the man to pudding.

Scene: In the office of Col. Stonehill (Dakin Matthews), Mattie says, “I propose to sell you back those ponies that my father bought.” Stonehill refuses: Her father bought the ponies and that’s the end of it—he has the bill of sale. Mattie ignores that: “And I want $300 for Papa’s saddle horse that was stolen from your stable.” Stonehill tells her to take it up with the horse thief. She retorts that Stonehill was the custodian of the horse, so he is responsible. When he denies liability, she says, “Then I will take it to law.”

Knocked off balance, Stonehill gradually wilts under the relentless press of Mattie’s arguments. In the end, he buys back the ponies and pays her asking price for her father’s stolen horse.

Lesson for lawyers: Be prepared—and with more than one argument. Mattie walks into Stonehill’s office at a severe disadvantage. She’s small, young, female—a girl in pigtails. But she overcomes every weakness in her negotiating position.

First, she establishes her competence: She’s a member of a successful cotton farming family and the daughter of a “close trader.” Second, she refuses to give up when Stonehill tells her no. Instead she shifts tactics, asserting that Stonehill is liable for the theft of her father’s horse. Then she appeals to authority, raising the specter of the law—and the lawyer. She never seeks pity, never throws herself on Stonehill’s mercy. She appeals to emotion only by reflecting on how Stonehill will appear to a jury: as a man taking money from a widow with three small children. She stands and threatens to walk out if her terms are not met.