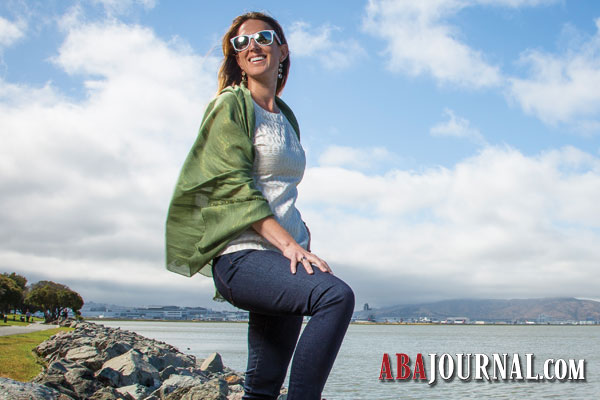 The most traumatic moment of Michelle Crosby’s life has also been her most transformative.

“My parents had one of those War of the Roses-type divorces,” says Crosby, referring to the 1989 film depicting an escalating marital dogfight that ends in double disaster. “I was on the stand when I was 9, and the lawyer asked me if I were stranded on a desert island, which parent would I choose to be with. It was horrible.”

So Crosby has made it her life’s mission to reform the divorce process. Finding most divorces are costly, lengthy and adversarial, she turned to mediation and technology to try to remove each of those three characteristics. She spent five years as a family attorney in Boise, Idaho, working on her model and putting her clients through it. She knew she was on to something when, out of 100 couples, only one ended up having to go to court.

Crosby took that model and co-founded Wevorce in December 2012, where she serves as CEO. Wevorce relocated to the San Francisco Bay Area one month later after being accepted into the prestigious Y Combinator seed accelerator program. It’s since secured $2 million in funding.

“We love funding disruptive ideas,” says Jessica Livingston, a Y Combinator founding partner. “The legal world is kind of antiquated sometimes and set in its ways.”

Wevorce removes the adversarial component of divorce by using its staff attorneys as neutral mediators. Where Wevorce differs from a typical mediation, however, is in its reliance on technology, neuroscience, psychology and pattern recognition.

“Divorce is the second most stressful event you can go through” next to the death of a loved one, Crosby says. “We try to take the animosity out of it because, at the end of the day, it’s OK to stop being husband and wife, but many [divorcing couples] still have to be Mom and Dad.”