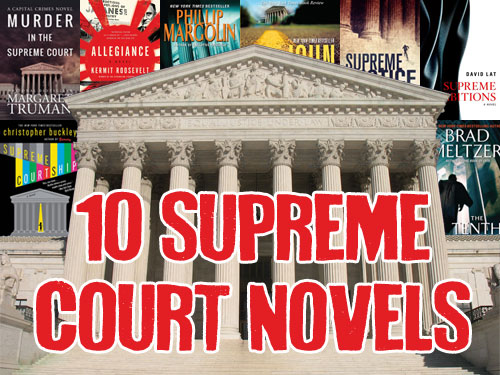 At the U.S. Supreme Court, a single vote can alter the outcome of the country’s most hot-button disputes—abortion, affirmative action, campaign finance, gun control and immigration, to name a few. So it’s no surprise that within minutes after the announcement of Justice Antonin Scalia’s death, members of Congress began drawing battle lines about the next nominee. Conspiracy theories flashed across the Internet. And with President Barack Obama’s nomination of Judge Merrick Garland, the battle rages on.

The Supreme Court is back in the spotlight. It’s not the first time, and won’t be the last. If you’re interested in the high court, but want an escape from the pundits and political theater of the coming months, several novels have explored the mysteries of 1 First Street. Here are 10 notables.

Anthony Franze is a lawyer in Arnold & Porter’s appellate and Supreme Court practice. He is also the author of The Advocate’s Daughter (St. Martin’s Press/Minotaur, March 22, 2016), a riveting new thriller about a possible Supreme Court nominee with a dark secret—one that threatens to cost him everything and everyone he loves.