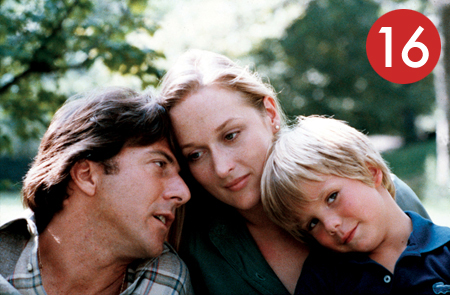 Dustin Hoffman and Meryl Streep both won Oscars as Ted and Joanna Kramer, an estranged couple fighting over custody of their son.

Ted deals with real fatherhood for the first time as a single dad when Joanna leaves him. But he must also face his own failures when Joanna resurfaces demanding to gain custody of their son. An all-too-painful reminder of the human toll that is pos­sible when domestic relations litigation takes a nasty turn.

Trivia: Won five Oscars. For some of the most complex scenes, Hoffman leaned on his own recent experience with divorce.