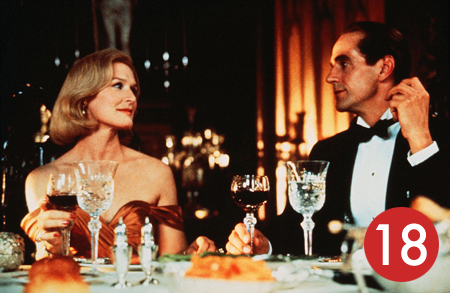 Before there was an O.J. to help confuse us about the difference between innocent and not guilty, there was Claus von Bulow. Jeremy Irons won an Oscar for his portrayal of the feckless von Bulow, crassly dependent husband of Newport, R.I., socialite Sunny von Bulow, who lapsed into a coma when she was allegedly injected with an overdose of insulin.

Tried and convicted of attempted murder in 1982, largely on privately gathered evidence, von Bulow hires Alan Dershowitz, the now ubiq­uitous Harvard law professor, whose account of the case is the basis for this movie.

The law line of the movie oc­­curs when von Bulow is attempting to explain to Dershowitz (Ron Silver) what actually happened: “No,” shrugs Dershowitz. “Never let defendants explain; puts most of them in an awkward position.” “How do you mean?” asks von Bulow. “Lying,” says Dershowitz.

Trivia: Dershowitz appears in cameo as a judge on the appellate court.