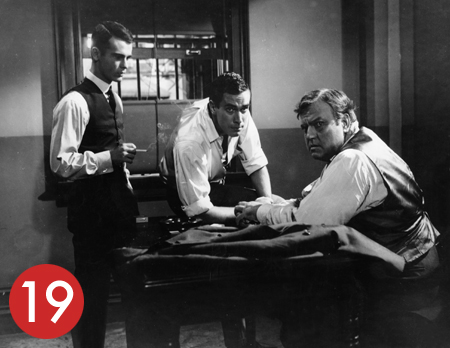 In 1924, Chicago is rocked by a spectacular murder, apparently com­mitted by two brilliant teenagers from wealthy families who have sought to plot and execute the perfect crime.

An aging legendary lawyer, Jonathan Wilk (Orson Welles), is hired to defend the young men with the modest hope of sparing them from the gallows. The film is based on Clarence Darrow’s actual defense of Nathan Leopold and Richard Loeb, director Richard Fleischer turns the sordid details of their vicious crime into a passionate attack on the death penalty.

Trivia: When studio publicists advertised the film’s connection to the Leopold and Loeb case, Leopold sued for invasion of privacy. He lost.