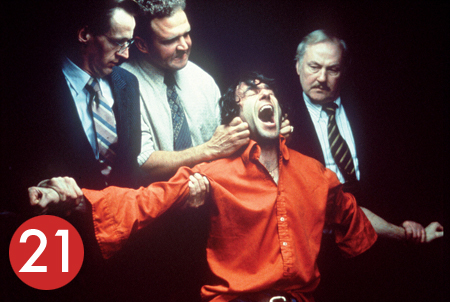 Pete Postlethwaite and Daniel Day-Lewis play Giuseppe and Gerry Conlon, a real-life father and son falsely accused of participating in two separate IRA bombing sprees outside London. The film chronicles their struggle to convince British courts of their innocence.

After 15 years, human rights lawyer Gareth Peirce (Emma Thompson) is able to prove that police had altered records of their interrogations, forcing a British court to release the younger Conlon and his three alleged co-conspirators. Six others were exonerated after serving their sen­tences. A seventh, Giuseppe Conlon, died in prison.