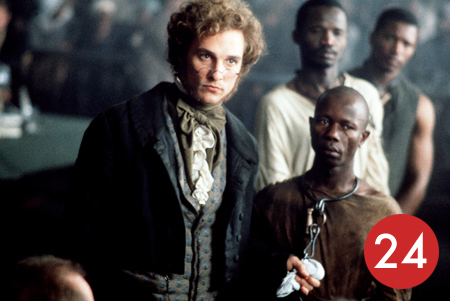 Justice Harry Blackmun reads the court’s opinion in a cameo role as Justice Joseph Story. The film was criticized for taking liberties with the facts, but it succeeds as a portrayal of antebellum America coming to grips with slavery—and how the law was employed both for and against.