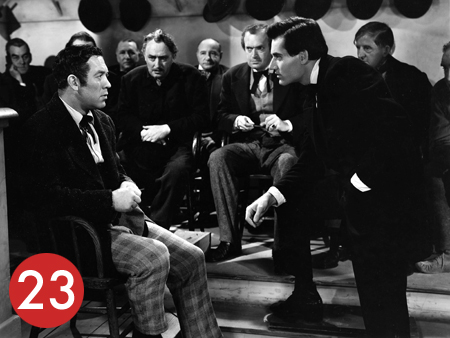 Henry Fonda makes an engaging, beardless and believable Abraham Lincoln in John Ford’s fictionalized account of Lincoln’s early adult years from New Salem to Springfield, and—this being Hollywood—from the lovely and doomed Ann Rutledge to the ambitious and manipulative Mary Todd. The key plot point revolves around a killing that takes place during a July 4 brawl.

As a newly minted lawyer, the young Lincoln manages to quell a lynch mob by telling them he needs the two brothers accused in the murder to be his first real clients. The film won an Academy Award for its screenplay and has been named to the National Film Registry.