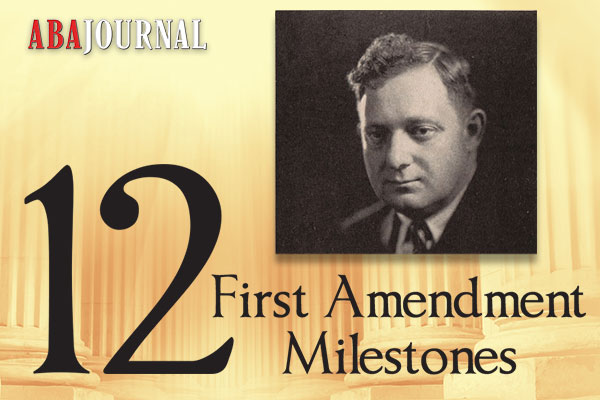 Gitlow v. New York was the first significant free speech case that the American Civil Liberties Union helped bring before the Supreme Court. In 1919, prominent socialist Benjamin Gitlow was arrested for criminal anarchy after publishing the Left Wing Manifesto, which advocated for a socialist government. Gitlow argued during his trial that since no one took action after the distribution, the document was more historical analysis than advocacy or anarchy.

The Supreme Court disagreed, deciding in 1925 that states can prohibit speech that threatens to overthrow the government. But what was more revolutionary about this case was that the court partially reversed the precedent from Barron v. Baltimore, which stated that the Bill of Rights only applied to the federal government. In Gitlow, the Supreme Court established instead that via the 14th Amendment incorporation doctrine, the limits on the government’s power from Bill of Rights also apply to the states. Even though the court upheld Gitlow’s conviction, this precedent determines that the states cannot infringe on free speech or other freedoms from the Bill of Rights.