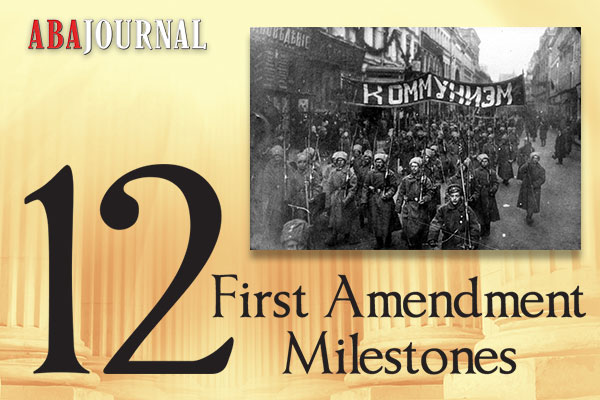 After the United States played a role in a 1918 military operation against Germany in Russia, a group of Russian immigrants distributed leaflets that condemned the U.S. troops’ participation and the country’s attempts to impede the Russian Revolution. The defendants were convicted and sentenced to 20 years in prison under the Espionage Act of 1917.

The Supreme Court upheld the conviction in a 1919 decision, Abrams v. United States, reiterating the clear and present danger standard from Schenck v. United States. But one notable quote from this case comes from the dissent. Justice Oliver Wendell Holmes underlined the gravity of free speech, stating that “the ultimate good desired is better reached by free trade in ideas … the best test of truth is the power of the thought to get itself accepted in the competition of the market.”