Does tying performance to money stifle innovation and change? 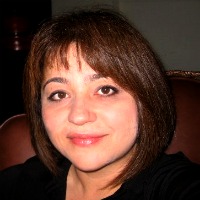 This past summer, I spoke to a group of in-house lawyers about implementing the principles behind the agile manifesto for lawyers, something I wrote about in the New Normal.


After explaining how members of my company’s legal team executed our strategic plan to transform the department by volunteering to serve on project teams, I was asked: “But how did you get people to volunteer—weren’t they worried about performance evaluations?”

I was confused by the question because it seemed obvious that performance evaluations should be aligned to and in support of a strategic plan, which I explained.

But it turned out that what was being asked was something different: how to drive change within a business culture that was “up or out,” and that implicitly discouraged risk-taking because of a fear of negative consequences, including reduced pay and job insecurity.

What does this exchange reveal about how to measure and reward performance that can drive innovation and change? What if traditional incentives that are focused on compensation and strict promotion criteria are misguided? Psychologists who study the science of motivation can provide a road map for fashioning performance rewards consistent with how people actually are motivated.

In this interesting Ted Talk, Daniel Pink describes the results of a test involving the candle problem, an experiment I referred to in my last post on driving innovation.

As Pink explains, two different groups were asked to solve the candle problem as quickly as possible, knowing they were being timed. One group was told that its goal was to set the “norm” in solving the problem and would receive no other reward. The other group was told it would be offered money if it solved the problem by a certain time. This experiment was run several times and, in each case, the group that was offered money always took longer to finish than the group that set the “norm.” As Pink concluded, “higher incentives led to worse performance.” These kinds of experiments have been replicated repeatedly.

So, what drives people to perform? According to Daniel Ariely, a Duke University professor and pioneer in this arena, the answer lies in having meaning in work:

So, when we think about labor, we usually think about motivation and payment as the same thing, but the reality is that we should probably add all kinds of things to it—meaning, creation, challenges, ownership, identity, pride, etc.

The New Normal requires us to be more thoughtful not just about the what of innovation but the how. An environment that requires transformation makes it even more important to understand and use rewards that accelerate, rather than hinder, change.

How do these abstract concepts of creation, ownership, autonomy, etc., translate concretely in the service of transformation?

In the case of my last company, we started by first being transparent about company strategy with team members so that they felt connected to a larger mission. Then, we gave ownership by allowing everyone to participate in creating annual and long-term goals for our team. While our department goals were aligned to company strategy, these goals were derived by the team rather than dictated by leadership.

Once these goals were set, the team was given the autonomy and responsibility to decide how to staff projects and set priorities. Finally, the team was given the freedom to decide when and how to execute against these goals. A benefit of satisfying the intrinsic motivation needs of our team in this way was the opportunity that was given to develop leadership skills that led to career advancement for those who took advantage of the freedom given. Our progress was rapid because everyone was rowing in the same direction. Pay wasn’t the driving factor since many of the team members were not participants in any bonus plan, and others were driven by new experiences and expanded responsibilities.

Why is understanding this disconnect between pay and motivation important to lawyers? We are at an inflection point in our profession and everyone knows that our legal marketplace is undergoing rapid transformation. If we want to navigate these changes deftly and come out the other end relatively unscathed, we can’t hold ourselves back by tying ourselves to Old Normal ways of incentivizing performance that only hinder change.