There’s no one more ordinary—or more inventive—than a solo practitioner. Half of the nation’s lawyers in private practice are solos—419,000 in all. Most provide the core services of legal work: serving families, home buyers, the injured, criminal defendants and small businesses.

And yet, as the recession that reached full flower two years ago this month grinds on, a growing number of solos are finding new ways of doing business. They’re succeeding in practice areas normally associated with bigger firms, like energy law, international transactions and green-building law. And they’re finding new ways of marketing their services, including virtual law practices or boosting their profiles through time-consuming bar association leadership posts that are normally filled by big-firm lawyers.

These solos are building a new kind of one-lawyer practice, remaking their corners of the legal profession through the power of innovation. They’re Legal Rebels.

Here, we introduce you to this year’s crop of 10 Rebels, all sole practitioners. Full profiles of each, along with video interviews, will be posted on LegalRebels.com throughout September. These 10 join the 50 Legal Rebels from big firms, in-house law departments, law schools and other practice settings we profiled last year. In an economy like this, each of us is responsible for our own professional success. We can all learn from these solos—because when you get right down to it, we all work for a Law Firm of One. 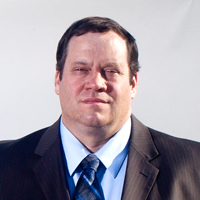 As a former biomedical researcher, Cameron is savvy enough to understand the efficiencies of technology. But on becoming a small-town lawyer in midlife, he was savvy enough on the business side to recognize its limitations. After some very deliberate market research, he built his flourishing rural solo practice the old-fashioned way: on small legal tasks, client education and a healthy supply of personalized plastic pens. And at rurallawyer.com, he proves he hasn’t forgotten how to use a computer. Click here to read the complete profile and see video of Cameron. 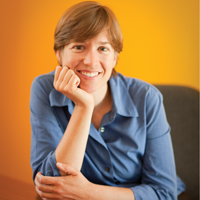 As a self-proclaimed sharing lawyer, Orsi drafts contracts for shared housing, cars and workspaces. She helps structure child care cooperatives, eco-villages and community-supported urban gardens, and guides clients through tax and regulatory issues that surround barter agreements and small co-op businesses. Estimating how much time might be consumed on a project has been tough. Finding clients, however, hasn’t. Her law practice is in a shared office space, as is her nonprofit Sustainable Economies Law Center. And her blog, The Sharing Solution, is co-authored by writer and family law practitioner Emily Doskow. But you saw that coming. Click here to read the complete profile and see video of Orsi.

This Mennonite minister of peace and justice dedicates his practice to members of the military and their families who are having trouble in, or with, the armed forces over issues such as conscientious objection, clemency and mental health. Clients and sympathetic donors can find him through his website, GIRightsLawyer.com, or catch him on the road in his Nissan Sentra traveling between military bases with Sandy, his 3-year-old dog. Click here to read the complete profile and see video of Branum. 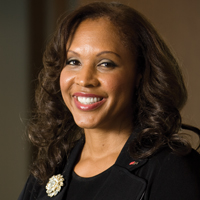 When Kim Keenan became president-elect of the 94,000-member District of Columbia Bar, she decided to spend two full days in the bar offices each week. What made her commitment rare—this being the second-largest unified bar in the nation—was the fact that she’s a sole practitioner. The Keenan Firm, which specializes in medical malpractice, is just her—no associates. But besides moving her practice forward, Keenan brings her breathtaking energy to a kaleidoscope of activities: She’s a trial practice teacher, part-time mediator, former president of the National Bar Association (the nation’s oldest and largest association of African-American lawyers), and, of course, a highly active participant on boards involving everything from civil rights to the YMCA National Capital. The secret to doing well is total focus, she says. Whether in a deposition or a classroom or her two days a week at the bar association offices, “that’s all I think about,” she says. “You have to live in the moment.” Click here to read the complete profile and see video of Keenan. 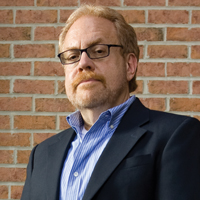 In 2005, Kaplow took a midlife trip to Tanzania, where he laid eyes upon the fast-disappearing glaciers of Mount Kilimanjaro. He returned to his solo real estate development practice with a new concern for the global implications of greenhouse gases. He decided to shift focus and began concentrating on ways to help companies pursue a green agenda. By focusing on the environmental laws and regulations designed to encourage conservation, Kaplow has become a prominent presence in real estate’s green movement. Now he teaches, writes and practices what he preaches, and a lot of clients who left when he shifted gears have returned for his help. Click here to read the complete profile and see video of Kaplow. 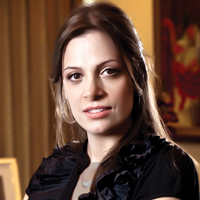 For the past 20 years, Farah’s international law practice has taken her from Washington, D.C., to the United Arab Emirates, where she developed and headed the legal department for the ruler of Dubai. In 2008, Farah returned stateside to launch a solo firm and raise her daughter near her parents and sister in Arkansas. Don’t expect to find her on the Internet. The single mother doesn’t have a website, virtual assistant or social media presence to generate business and connect with colleagues. Instead, she relies solely on referrals and carefully screens clients. Farah’s main clients reside many time zones ahead, so late nights are common. But she is sustained by afternoon breaks to play with her daughter, and by the knowledge that the work she’s doing fosters socioeconomic and humanitarian projects thousands of miles away with clients “who have a vision and who are serving the greater good.” Click here to read the complete profile and see video of Farah. 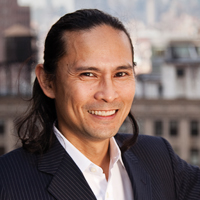 Whether at $300 per hour or on contingency, De Castro has mined New York City’s Byzantine rent stabilization rules to create a practice lucrative enough to support him and a single associate. He represents tenants in evictions or when they think they’re being overcharged or underserved by aggressive landlords—but he doesn’t take cases involving nonpayment of rent. De Castro has earned begrudging respect from the landlords’ lawyers for his creativity and energy. And even those who can’t hire him can get tips from him on YouTube at youtube.com/user/tenantlawyer. Click here to read the complete profile and see video of De Castro. 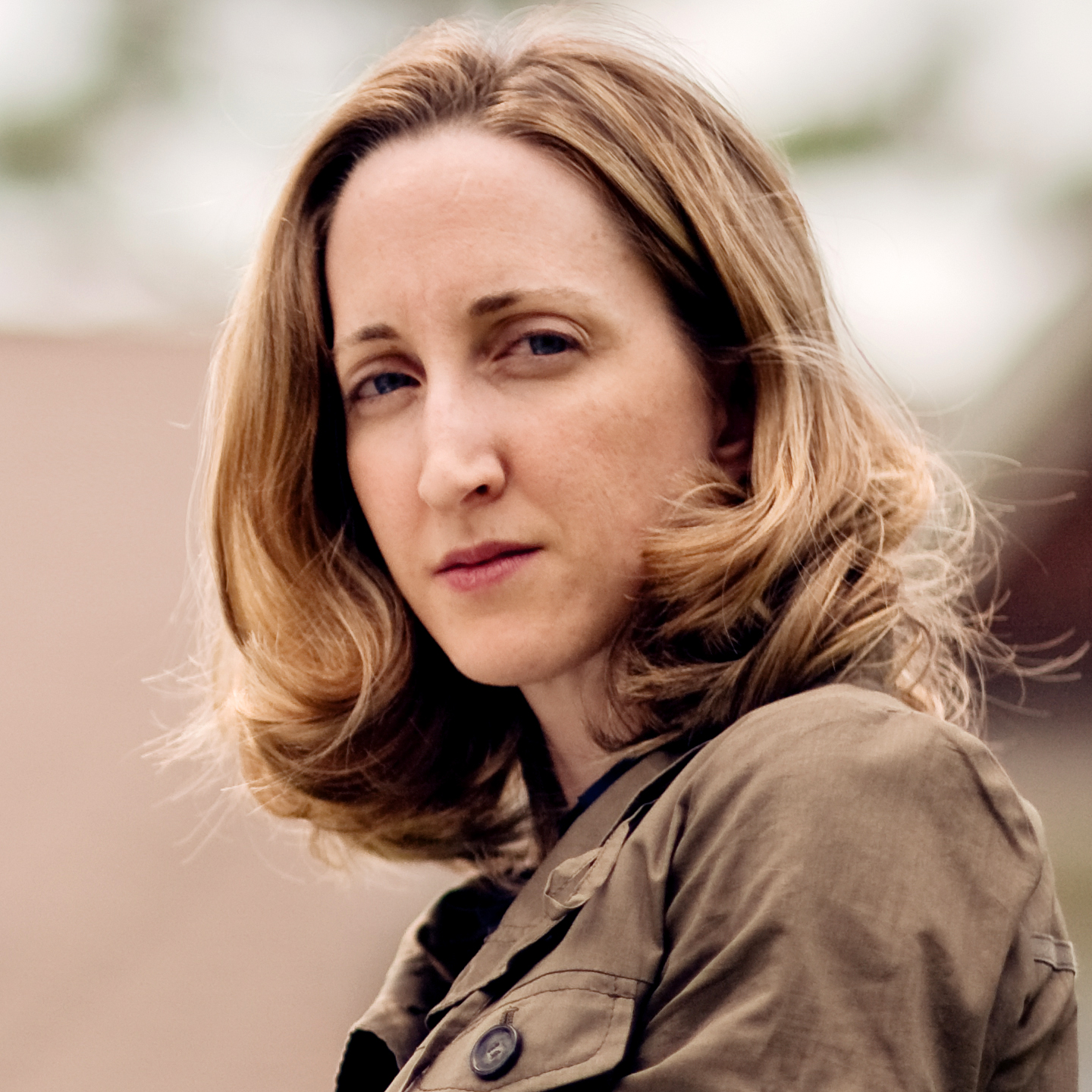 She was pregnant with her first child and thought estate planning from home could meld parenting with a career path. After marketing her services through virtually every emerging social network, Kimbro was earning more than she did as a law firm associate after only five years. With her husband, computer programmer Benjamin Norman, she also developed a secure website to serve clients online. In 2009 they sold the resulting product, Virtual Law Office Technology, to Chicago-based Total Attorneys—a firm that focuses on small and solo law firm management. Now the official “evangelist” for Total Attorneys, Kimbro continues her highly automated solo practice and sees her path as a necessary one for solos. “If solos want to stay competitive, they have to have some form of virtual offerings.” Click here to read the complete profile and see video of Kimbro. 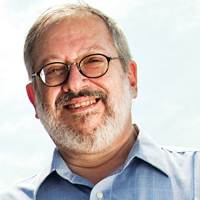 Finkelstein prefers to do his own research and draft his own deals. That, coupled with the fact that his microfinance clients usually can’t handle the traditional BigLaw billing scale, led the corporate lawyer to start a solo practice after many years in large law firms. He works with intermediaries that collect funds for microfinance investing—providing loans to poor borrowers who are starting or running a small business—and assists microfinance institutions in the process of raising commercial capital. He works at home, meets clients at coffeehouses and saves his operating funds for networking conferences. “It’s very gratifying to be able to work with people who have an idea and want to make it real,” he says. “That’s what I really look for. I want to be part of a growth process.” Click here to read the complete profile and see video of Finkelstein. 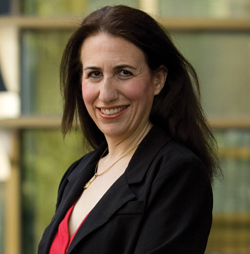 Carolyn Elefant isn’t content to simply grow her high-profile energy regulatory practice. She’s also promoting Social Media for Lawyers:The Next Frontier; revamping her popular blog, MyShingle.com, which has a new tagline: “Go solo, grow solo”; and touring the Midwest with buddy Lisa Solomon to document the experiences of solo attorneys in America’s heartland. With a deep bench of ad hoc relationships and the expert use of tech efficiencies—including the help of a virtual assistant—she’s been able to navigate complex cases involving ocean and marine renewable energy resources, launch a law blog on offshore renewables and create an industry trade group, all while pursuing her passion for mentoring other solos. Her regret: That she wasn’t “thinking bigger” from the start. Click here to read the complete profile and see video of Elefant.