10 Questions: Space lawyer helps his clients reach for the moon 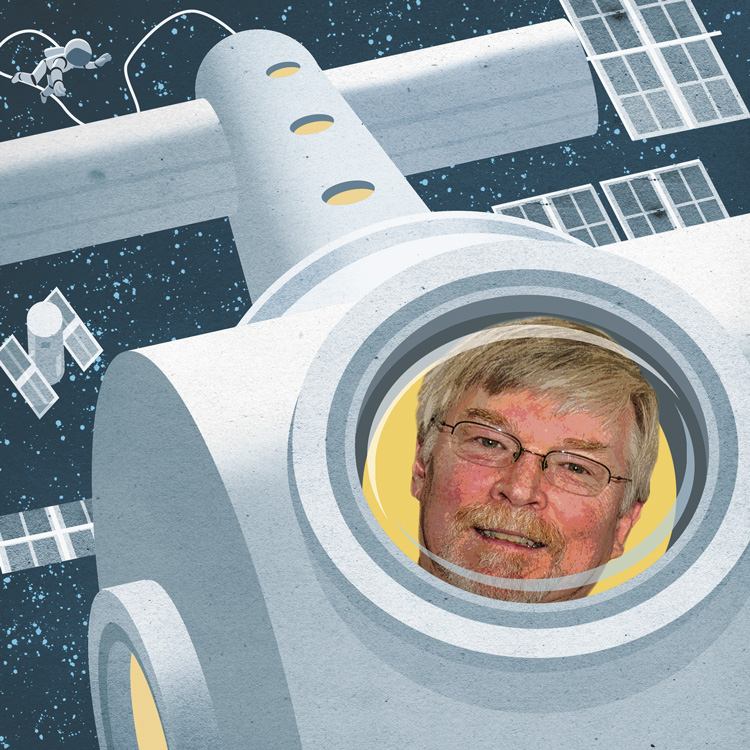 Space—it may be the final frontier, but it’s not without lawyers. James E. Dunstan has spent more than 30 years specializing in space law—the rules, regulations and negotiations that surround mankind’s reach beyond Earth. The principal of Springfield, Virginia-based Mobius Legal Group, Dunstan is also a computer programmer who wrote the code for a moon rover platform system and a novelist whose chosen genre is, of course, science fiction.

How did you get your start? Did you harbor secret dreams of being an astronaut?

I always wanted to be a lawyer, even as a young child. I got into Georgetown, and I started going down the corporate law track. But I was bored out of my mind. Georgetown happened to offer a class in outer space law, and I instantly fell in love with it. I founded the first student group in the country focused on space law, and I got lucky and lined up a position at a boutique firm where the founder had been one of the world’s first space lawyers.

Did you get to work with space law clients right off?

No, I started out working with the firm’s telecommunications clients, and I’d write articles on space law and speak on panels in my free time. It was a long, long haul to build this practice.

What have been some of your favorite space law deals over the years?

I negotiated having the first pitch of the 2002 World Series thrown from space. Well, not really from space, but from one side of the International Space Station to the other. In 2000, I negotiated a lease for the Russian Mir space station. It had been mothballed, and a group of investors said, “Let’s see if we can buy it.” The Russians wouldn’t sell it, so we said, “Can we lease it?” The only human commercial space flight ever was a launch of two cosmonauts to the space station to check it out.

I love that you based the Mir lease on a commercial real estate lease. Are there other areas where you can have that kind of crossover?

I’ve never met a lawyer who didn’t think they could be a space lawyer after taking a weekend seminar. There isn’t that much of it—only four treaties. But there are a lot of assumptions that people have about space. For example, I was working on a contract yesterday with a term that began: “When the vehicle reaches outer space ... .” But there is no legal definition of where outer space begins—it’s been studied for 60 years, but it’s never been decided.

What are the hot areas of space law right now?

In the next 10 years we’ll see more advancement in establishing space law than there has been in the last 60 years. Things like asteroid mining and property rights—can you extract resources from the moon? From asteroids? Debris is also a hot issue. We can’t just turn off things and let them float. Eventually, we’re going to have to start debris remediation. I actually have a proposal circulating to key players in Washington, D.C., on using satellite license fees to incentivize commercial business to take down some of the most dangerous pieces of space debris.