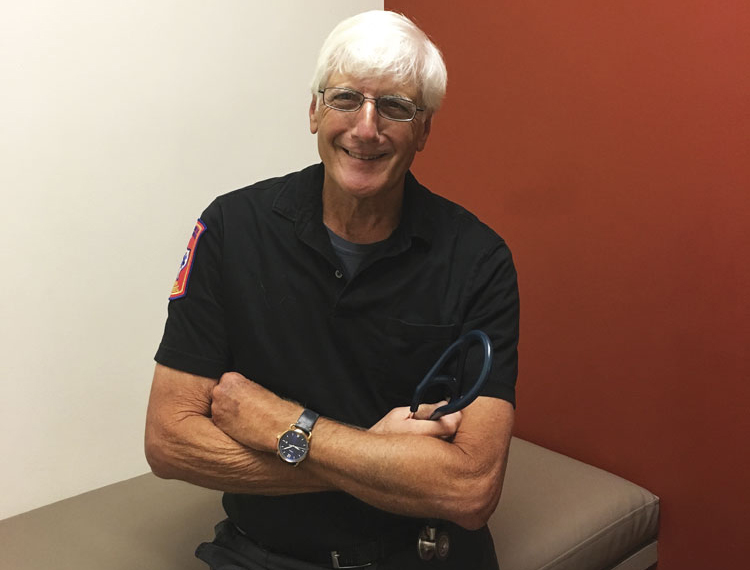 Retirement is the wrong word to describe Don D. Bush’s departure from his position as a magistrate judge with the Sherman Division of the U.S. District Court for the Eastern District of Texas. Transition is more like it, since Bush segued straight from law into medicine. After becoming a certified emergency medical technician and paramedic during his last months on the bench, the septuagenarian now pulls weekly shifts at a nonprofit urgent care clinic and with an ambulance service. For Bush, the shift was simply a new direction along a diverse and distinguished professional path, but will his latest career be his last?

You’ve been an army officer who’s served in Asia and Southeast Asia during Vietnam, a name partner with a national litigation practice and many significant verdicts to your credit, and you became a federal magistrate judge in your mid-50s, overseeing a criminal docket considered to be among the busiest in the country. Why this latest career transition into medicine?

I’ve always had an interest in medicine. When I was in college, I worked in a hospital as a lab tech. My twin brother is a doctor. He went to medical school; I went into the army. My youngest daughter is a pharmacist, and my son is an ER doctor. For years he’s been doing medical mission work in Haiti, so I always thought that was something I would be interested in doing with him.

Have you been able to do that yet?

Yes, we went in March of this year. I went down with my son, my daughter-in-law and three of my grandchildren. We spent two days in the mountains and two in a village; and in four days, we saw around 700 people. It was wonderful to be able to do it. The people down there have nothing. It really does open your eyes to the fact that our nation is truly a blessed nation. I’ll probably go back next May to do a medical mission on a boat. We’ll go to various ports that aren’t always accessible during the regular mission.

Tell me about the work you do for the nonprofit medical clinic.

Two days a week, I volunteer at the QuestCare Clinic, a Watermark Community Church Partnership. It’s an urgent care clinic staffed by volunteers. We only ask for a $10 donation if you can give it; otherwise, the medical care is free. Our waiting room is generally filled up every day; and we serve people from 80 to 90 countries, many of whom are refugees. In any one day, I will draw blood; I will run glucose tests, mono, flu, strep and pregnancy tests; take EKGs or do ear lavage. I might put a splint on somebody or give a steroid shot—whatever is ordered, I do.

You also work for an ambulance service. What do you do there?

I do critical care transports, taking people to nursing homes or from the hospital to rehab. For the most part, it’s monitoring patients to make sure they get from place A to place B in good shape. But if they go south, you definitely have to know the protocol.

Why did you leave the bench—was there a mandatory retirement age?

Luckily you had an exit strategy.

I did. I thought about it and decided to get my EMT certification. I did basic online-type courses on weekends; but I didn’t feel like I had enough training, so I did my advanced EMT training. I did online courses and training courses for intubation and blood draws. I got all through that and thought I’d like some more training. So my last five to six months on the bench, I enrolled in paramedic school at night with about 40 other students. I remember the first night I walked in, I looked at all these young people and thought, “Oh, my gosh, what am I doing?”

Across all of your training, the classes and the hundreds of hours of clinical rotations, did the people you worked with know you were a judge?

Yes, and I think they got a big kick out of it. I did most of my clinicals in a hospital ER, and a lot of the doctors there knew my son. I also knew a lot of doctors because I played golf with them, so it wasn’t like I was coming in from the cold.

Do you ever miss being a practicing lawyer?

I miss the days of being in court, trying cases. But I don’t miss the contention.

I think it’s more stressful to be a lawyer. In a trial atmosphere, the stress is there all the time. You’re always worried, wondering, “Did I do this right?” With something like a cardiac arrest, the stress level is higher; but the peak is right there, and once that’s done it’s over. If you haven’t brought them back in 10 to 15 minutes, you’re probably not going to bring them back.

Do you ever think about continuing your medical education?

I think about it, but my age is a limiting factor. If I was 55, I might want to become a nurse or a nurse practitioner, but it’s just not realistic at this point. And then my wife says, “No more school.” She’s proud that I am a paramedic, and I am enjoying it. It gives me a way to help people, and it’s a good way to transition into another phase of my life from army officer to lawyer to judge and now to paramedic. If I was young enough, I might say I would go back to practicing law. There are a lot of people who need immigration help and veterans who need help working with the VA. Maybe I will figure out a niche and do that.

This article was published in the December 2017 issue of the ABA Journal with the title "A Healthy Change: From plaintiffs to patients, this Texas lawyer successfully shifted careers at 70."