The San Francisco courtroom of Judge Michael Roche was crowded with gawkers the morning of Oct. 6, 1949. They awaited the sentencing of Iva D’Aquino, 33, a Japanese-American convicted of treason the week before. As a radio propagandist during World War II for Imperial Japan, she was known among American soldiers and sailors for her distinctively husky voice and excellent command of English as “Tokyo Rose.”

D’Aquino was an American, born Iva Ikuko Toguri in California in 1916 on the 4th of July. She graduated from UCLA with a degree in zoology and had hoped to become a medical doctor. Her parents, both Japanese immigrants, ran a grocery store in Los Angeles, and in December 1941 she was in Japan visiting her mother’s sister when Japanese planes attacked Pearl Harbor.

Precisely because she was American, Toguri found herself quarantined in Tokyo by the Japanese government. She had traveled not with a passport but a travel certificate issued by the U.S. State Department. When she tried to return to the U.S., readmission was denied. By many accounts, including those of Allied prisoners of war, she had faced immense Japanese pressure to renounce her U.S. citizenship but refused to do so. Thus, abandoned in wartime Japan with little or no familiarity with the language, she began taking a series of jobs until 1943, when she was recruited to be a host on a Radio Tokyo broadcast known as The Zero Hour.

Designed as propaganda, it featured popular big-band music and nostalgic cultural references intended to undermine the morale of American troops. English-speaking female voices portrayed their situations as helpless, loved ones as distant and the Japanese military as unstoppable. But to U.S. troops, the broadcasts provided both a welcome musical respite and a source of hearty ridicule.

In fact, there was no Tokyo Rose. The name was a generic moniker concocted by Americans to describe any of the dozens of female voices they heard during the wartime broadcasts. Toguri’s personal scripts usually referred to her as Orphan Ann or simply Ann. She always denied any disloyalty to the U.S., and by the end of the war, she had married Portuguese businessman Felipe D’Aquino and sought return to her homeland.

However, after an interview in which D’Aquino described being Tokyo Rose, she was taken into custody for more than a year before military investigators concluded she had done nothing treasonous. She again applied to return to the U.S., only to attract the attention of radio commentator Walter Winchell, who began a public campaign to have her charged with treason. In 1948, she was arrested in Japan and returned to the U.S. to face charges. 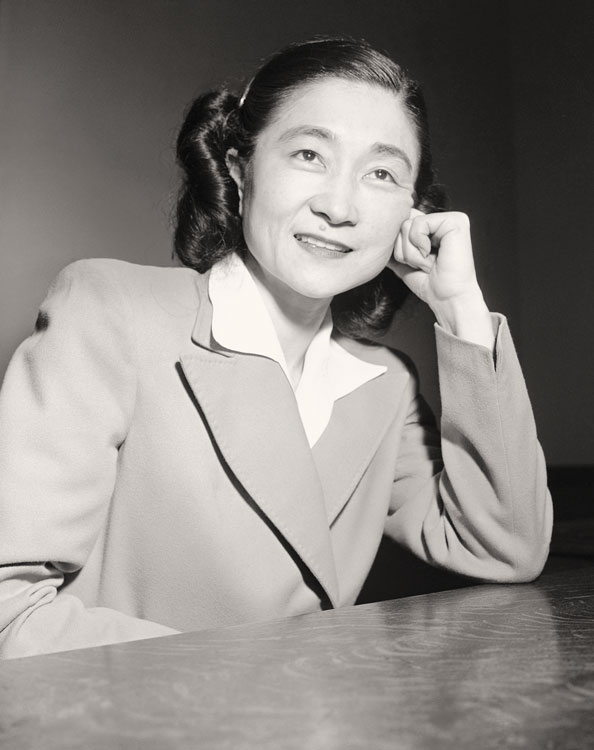 Racial animus against Americans of Japanese descent endured long after the war. Toguri’s mother had died during the family’s internment in Arizona. Her 12-week trial in San Francisco on eight counts of treason crackled with issues of allegiance. Witnesses gave conflicting accounts of her loyalties. Tapes of The Zero Hour were played to the jury, though none of the voices were identified as belonging to Toguri. Australian Charles Cousens, a former POW and Zero Hour producer, testified for D’Aquino, saying he created the broadcasts to be exactly the kind of farce U.S. troops perceived them to be.

After four days of deliberation, she was convicted on a single count of treason. The verdict was based on testimony by two witnesses, both of whom later recanted, that after the October 1944 Battle of Leyte Gulf, Toguri had uttered: “Orphans of the Pacific, you really are orphans now. How will you get home now that all your ships are lost?”

D’Aquino was sentenced to 10 years in prison and a $10,000 fine. She served six years before being released to work in her family’s curio shop in Chicago.

In 1977, with vigorous support from veterans’ groups and Japanese-Americans, she was pardoned by President Gerald Ford. She died in 2006 at the age of 90.