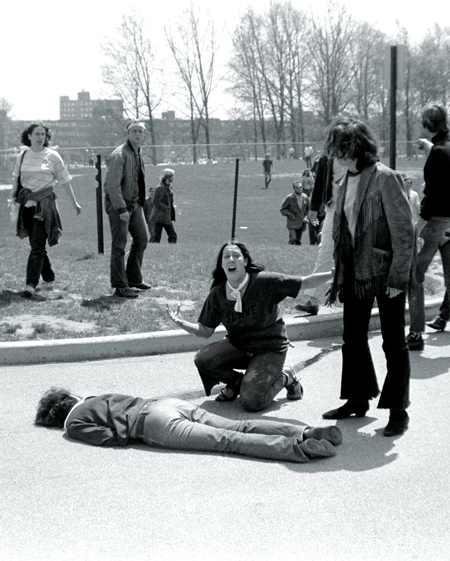 The Vietnam War was not going well on April 30, 1970, when President Richard Nixon announced on national television that he had ordered American troops into Cambodia to destroy North Vietnamese encampments there. After enumerating his reasons for expanding the war into a neutral nation, Nixon veered into an attack against protesters, particularly college students, who were opposing the war in Southeast Asia.

“We live in an age of anarchy, both abroad and at home,” Nixon told that Thursday night audience. “Even here in the United States, great universities are being systematically destroyed.”

Reaction on campuses the following day was immediate and, in many cases, unruly. But that weekend, protests at Kent State University in Ohio grew particularly extreme. A Friday afternoon march on campus turned, by nightfall, into a window-breaking binge in downtown Kent. And though a group of students returned the next morning to help clean up the mess, angry Gov. James Rhodes deployed the National Guard.

Tensions remained high on Saturday and boiled over when a fire broke out at the campus ROTC building. Firefighters arriving to quell the blaze were met with jeers. Their hoses were cut. Though they returned quickly with heavy police protection, the building burned to the ground. And on Sunday, students challenging a 5 p.m. curfew were herded by police and guardsmen into their dormitories, where nearly 70 were arrested.

At a defiant noon rally on Monday, May 4, students were ringing the school’s Victory Bell on the campus commons—a football season ritual—when a National Guard officer ordered them to clear the area. When three canisters of tear gas punctuated his order, the students scattered in three directions: back toward their dorms, up a hill near the football practice field and along the edge of a parking lot.

As they scattered, guardsmen began scaling the hill in gas masks—single file, rounds chambered—when they suddenly stopped and turned. Some stood still; some crouched with M-1 rifles raised. They fired on the terrified students, discharging 67 rounds in 13 seconds. Four students—two women and two men—were killed. Nine others were wounded, one paralyzed when a bullet shattered his spine. 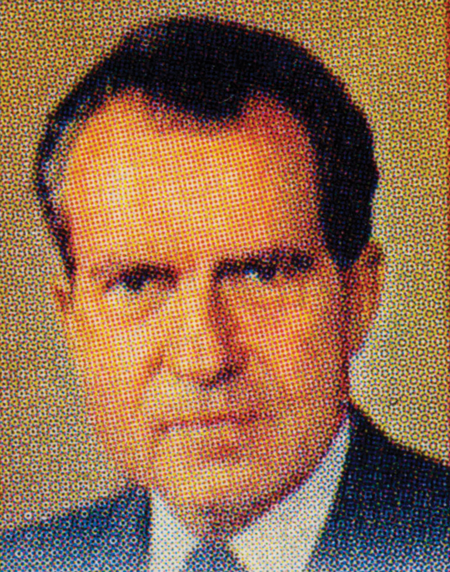 The aftermath was unfettered recrimination. A guard officer claimed the attack was triggered by sniper fire from the protesters, a charge law enforcement officers on the scene could not confirm. Some guardsmen claimed students, believing the chambered rounds to be blanks, had tried to wrest their weapons from them—a charge quickly debunked. But while all agreed that tensions were high, that some students had hurled rocks and bottles, and that some of these part-time soldiers might have perceived themselves to be in danger, investigations revealed no credible threat to life that could justify the shootings.

Lawsuits filed by the nine survivors and the families of the four killed ended in 1979 with a $750,000 settlement with the state, but it brought no resolution as to the cause of the attack.

The litigation did, however, produce evidence of an armed civilian: Terrance B. Norman was a criminology student who’d been reporting to campus police and the FBI about protesters, photographing them for FBI files. He admitted to brandishing a .38-caliber revolver when students confronted him after the shooting. But there was also a report, denied by Norman, that he had discharged the gun into the air during a confrontation shortly before the guard opened fire.

After the incident, Norman surrendered the handgun to a state police officer, who turned it over as part of an FBI investigation. In a letter disclosed during Norman’s deposition, FBI Director J. Edgar Hoover denied any relationship with Norman, and no FBI analysis of the weapon was ever produced.