Feds disqualify ABA and others from loan forgiveness program 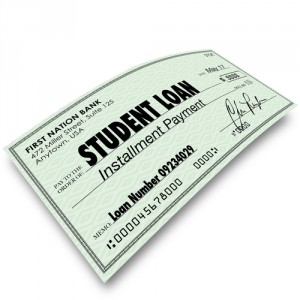 When is public education not public education? Some nonprofit lawyers are finding out how the federal government defines it after an apparent change—applied retroactively—in determining who qualifies for the Public Service Loan Forgiveness program.

Part of the College Cost Reduction and Access Act of 2007, the program automatically includes 501(c)(3) employers. Other nonprofits with different tax statuses can meet eligibility criteria if they “provide certain types of qualifying services,” according to the U.S. Department of Education’s federal student aid website, including public education and public interest law services.

Besides meeting the job criteria, candidates must work in public service for 10 years and make 120 qualifying loan payments after Oct. 1, 2007. Jobs with labor unions, partisan political organizations and for-profit groups do not qualify.

But several organizations, including the ABA, the American Immigration Lawyers Association and some American Civil Liberties Union offices, have been informed recently they don’t meet eligibility criteria.

The government now begs to differ: “In a limited number of cases, after additional review, we could find no evidence of the organization being a nonprofit organization that also provides a qualifying service for purposes of eligibility for the PSLF program,” a Department of Education representative told the ABA Journal.

The ABA is objecting to the reversal and the vagueness of the guidelines. “No one at the Department of Education has been able to provide any justification for the unilateral policy change, which is especially bothersome because it’s to be applied retroactively,” ABA Executive Director Jack L. Rives told the Journal. “We are aggressively seeking to restore our status as intended by the law—fully and unconditionally as a qualified employer.”

However, the agency explained its position regarding the AILA in a 2014 federal student aid letter, acknowledging that a 2012 preliminary review did find that the association met employer eligibility criteria with the public interest law services it provided. The letter was sent to Kate Voigt, an attorney and associate director with the AILA.

“After further review, we determined that employees of AILA do not provide public interest law services. Rather, such services are provided by AILA’s member attorneys,” the letter states. It also addressed the AILA’s assertion that it provides public education.

“Our research shows that AILA is a professional bar association primarily engaged in advocacy and providing news and commentary to its members and to the public in general. For PSLF purposes, the department considers public education services to be services that provide educational enrichment directly to students and their families in a school or school-like setting.”

The decision was made by a Department of Education manager and its general counsel office, according to the letter.

The PSLF program has come under attack in recent years, including in a proposed budget for fiscal year 2016 by the U.S. House of Representatives, which suggested eliminating it. The ABA lobbied to save the program, and in June received a Public Affairs Council award for its efforts. They included the hashtag campaign Save #Loan4giveness, which operated through social media.

In a May 26 letter to Ted Mitchell, the undersecretary of education, Rives noted that the ABA Section of Legal Education and Admissions to the Bar “promotes uniformity and quality in professional education.” It also provides direct legal services in programs such as the South Texas Pro Bono Asylum Representation Project, known as ProBAR.

“These actions by the department lack any due process and are patently inconsistent with the governing law,” Rives wrote. “They have caused real harm to our workplace and our ability to attract and retain talent, as well as causing lost time and money for the borrowers ... affected. And at a very fundamental level, these actions are simply not fair.”

In 2014, Voigt had submitted a Freedom of Information Act request seeking a list of nonprofits that did and did not meet PSLF eligibility criteria. She also requested training materials for eligibility determinations and communications between the department and FedLoan Servicing, which administers the PSLF program.

The department responded that it sent employer eligibility determinations to the Pennsylvania Higher Education Assistance Agency, a student aid organization, and no longer had access to the documents. In 2015 it shared a 200-page document with training materials and communications, but 198 pages of the papers were redacted.

The two remaining pages were something Voigt already had—the 2014 federal student aid letter explaining its position on why her PSLF eligibility was reversed. She submitted a FOIA appeal to the Department of Education in August 2015. This June the agency said it was still pursuing her request.

A few ACLU offices also got dinged. Eligibility decisions tended to be based on the tax status of which fund paid the PSLF participants, and some employees who were paid from an office’s 501(c)(4) funds were told their employer did not qualify. Groups with 501(c)(4) status are traditionally social welfare organizations, and some ACLU employees found to be ineligible for the PSLF program engaged in lobbying.

Jocelyn Rosnick, an assistant policy director with the ACLU of Ohio, heard earlier this year that her employer did not qualify. When Rosnick called customer service to check on her status, she received various answers about why she received a revocation form, including that the ACLU did not provide a qualifying service, and that it was a partisan organization.

Rosnick was one of four employees in the office who had their certification revoked. In May after an ACLU deputy director spoke with the Department of Education, Rosnick received a letter saying her office is qualified for the PSLF. The first forgiveness of loan balances is expected in October 2017.

“I think until then, there aren’t going to be any established guidelines, and everything is a bit unknown,” says Rosnick, a 2012 graduate of Case Western Reserve University School of Law. She owes more than $100,000 in student loans.

This article originally appeared in the August 2016 issue of the ABA Journal with this headline: “Tough Lesson: Feds disqualify ABA and others from loan forgiveness program.”