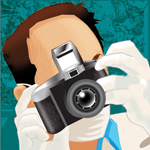 Camaraderie in the workplace is desirable, but at what cost? That might be a question Dr. Robert C. Woo answered for himself in a 1999 office escapade.

Woo of Auburn, Wash., was planning to replace two teeth of one of his assistants—Tina Alberts—with permanent implants. But he was also planning something else, which is what impacted his practice.

Knowing of Alberts’ fondness for potbellied pigs, Woo, according to court documents, was going to pull the two teeth and insert a temporary bridge known as a flipper, though this one happened to be special-ordered in the shape of boar tusks.

He claims he was going to show it to Alberts before installing it, but she unexpectedly requested general an­esthesia, rendering her un­conscious.

Not wanting to abandon a good prank, Woo—in the presence of three female assistants—went ahead with the boar-tusk flipper and took photographs before installing a normal one, say court documents.

Woo figured the photos would not be well-received by Alberts, so he shuttered them away. But they found their way into her hands, and suffice it to say they did not suit her palate.

Alberts quit her job and sued, al­leging—among other charges—medical negligence and negligent infliction of emotional distress. When Woo’s insurer refused coverage, he settled with Alberts for $250,000.

Woo then sued his insurer and won. An appeals court reversed the decision, but in July the Wash­ing­ton Supreme Court reinstated the original trial verdict. Woo’s lawyer, Richard Kilpatrick of Bellevue, calls him “a nice guy who maybe had a lapse in judgment.”

Kilpatrick says if the insurer had “adhered to the terms of coverage, they probably wouldn’t have had to pay anything in the first place.” Alberts could not be reached for comment.

A horse’s attempt to nuzzle up to a frisky filly led instead to his de­mise, ac­cording to a lawsuit filed in DuPage County (Ill.) Circuit Court.

Collette Wilde of Chicago claims her horse, Vinny, was battered by a mare at the Forest Trails stable in Bartlett, where both were boarded.

Though Wilde says Vinny was a gelding, it was reported that he approached a female stablemate, Gabby, in a manner con­sistent with the equine precursor to mating (a horse can dream, can’t he?).

But whether Vinny was looking for a roll in the hay or not, his ad­vance was met with unbridled resis­tance. Wilde alleges that Gabby “kicked, bit and otherwise battered” Vinny to such an extent that his leg was fractured and he had to be euthanized.

Yvonne C. Ocrant—who rep­resents the owner of the stable, which is a named defendant—says Gabby’s owner, Ruth Kay, led her through a paddock reserved for Vinny, leading to the encounter. Ocrant says also that the cause of Vinny’s compound fracture remains undetermined.

An attorney for Kay was quoted as saying the incident was a violation of Gabby’s “personal and private space,” in effect labeling Vinny’s behavior equine sexual harassment.

Wilde is seeking damages in ex­cess of $50,000. The case is sched­uled to resume this month.