A Step Up in Class 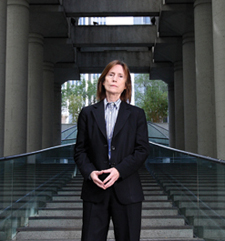 In the proud eyes of its proponents, the 2005 Class Action Fairness Act set out to radically change the cat-and-mouse game between class action plaintiffs lawyers and the corporations whose cheese they challenge. It was crafted to board up most entry holes to state courts for cases reaching nationwide, leaving only the federal courts.

CAFA declared, in effect, to hell with the so-called judicial hellholes—those jurisdictions thought to favor plaintiffs and super-sized jury awards.

But as the corporate cats sat on state courthouse steps ready to pounce and use CAFA to remove such cases to the federal system, many mice have headed straight to federal court. In the three years since the act was passed, plaintiffs lawyers have been seeking those federal circuits considered more tolerant of class actions, according to research by the Federal Judicial Center, the research arm of the federal courts.

“The biggest surprise to me is that many of them have gone ahead to federal court and not bothered with removal,” says John Beisner of the Washington, D.C., office of O’Melveny & Myers and a principal proponent and architect of CAFA. “Maybe it’s resignation to the fact that these cases are frequently going to play in federal court and that’s where they need to play the game.”

Exactly, says the other side. Daniel Karon of Cleve­land’s Goldman Scarlato & Karon says that before CAFA, he brought most of his consumer class actions in state courts and his antitrust matters in federal court.

“It has totally changed my practice,” Karon says. “Now it’s 100 percent federal. Anyone who has a good case and good clients and good reason to be in court should have no shame bringing it before any judge, state or federal.”

CAFA gives federal courts jurisdiction over class actions involving more than $5 million when any class member resides in a different state from any of the defendants. Such a case could stay in state court if at least two-thirds of the class and the primary defendants are in the state where the case was originally filed.

Before CAFA, the federal courts could take only those cases with complete diversity of citizenship between each named plaintiff and the defendants—and no individual claim could be under $75,000.

“State courts will no longer be developing law in the most important cases, and we don’t have a federal common law of consumer fraud or negli­gence, and the consumer stat­utes are state statutes,” says Elizabeth Cabraser of the San Francisco office of Lieff Cabraser Heimann & Bern­stein, which specializes in bringing class actions. “So it seems an odd state of affairs that the federal courts will of necessity be making important new law in those areas.”

Another likely impact of CAFA might be a winnowing of the plaintiffs bar. The act is naturally pushing cases with nationwide reach into federal multidistrict litigation that previously would have been launched in state courts. Many of the big cases—especially with more of them in MDL—probably will go to top-tier plaintiffs firms such as Cabraser’s, says Seton Hall University law professor Howard Erichson.

Erichson is studying a new kind of forum shopping created by CAFA: “It seems to have less to do with particular jury pools or even judges, but instead with the law of a particular circuit.”

The FJC, as part of an ongoing study soon to be updated, looked at class action filings by circuit in the 12 months before CAFA’s enactment, as well as the 12 months after. What they found was at first surprising, but now obvious: Federal circuits thought to be more conservative did not see significant increases in filings; those considered more liberal did.

The FJC’s comparison of original filings of class actions before and after CAFA found significant increases in the following courts.

Though the 5th Circuit is considered less amenable to tort or consumer class actions, it had an uptick of 305 percent during the same period.

“We think that can largely be attributed to litiga­tion stemming from Hurricane Katrina,” says Thomas Willging, a senior researcher at the FJC. “There probably wasn’t as much choice of forum as plaintiffs usually like.”

Plaintiffs lawyers have largely avoided federal courts in the past—whether or not they’ve had access to “magic jurisdictions,” where, some believe, judges and juries embrace plaintiffs in consumer and injury cases.

In a study of won/loss rates 10 years ago, Cornell University law professor Theodore Eisenberg found that removals of cases from state to federal courts greatly improved defendants’ chances. He concluded that the federal forums were “more favorable in terms of biases and inconveniences.”

As federal courts become more comfortable with consumer and mass tort class actions with national reach— and many believe federal MDL is the perfect route—the law there might not be so daunting for plaintiffs.

But for now, the federal courts are busy making law to tidy up CAFA itself.

Beisner, who helped draft CAFA and has a parent’s love for it, says he is surprised at how much litigation it has spawned over cases brought before Feb. 17, 2005, its enactment date. For example, a plaintiff might change an old case in such a way that the defendant claims it now comes under CAFA.

He is even more surprised at scrutiny by higher courts. “There is an astounding amount of appellate law already interpreting this statute that is just a few years old,” Beisner says. He notes that more than three dozen appellate decisions have interpreted the statute’s requirements and exceptions.

That’s no surprise to Eisenberg, who believes the law is poorly drawn. “Tens of thousands of dollars are being spent to determine whether cases are in the right court,” he says. “That’s not a great way to spend resources.”

Richard Marcus, a professor at the University of California’s Hastings College of the Law in San Fran­cisco, is part of a committee studying interrelationships between state and federal courts regarding class ac­tions for the Administrative Office of the Courts in California.

“So what do you do with a case against a hospital on behalf of Hurricane Katrina victims and [you] need to determine whether, after the diaspora caused by that storm, two-thirds of them should be deemed citizens of Louisiana?” Marcus asks. “Trying to figure that out is a major headache for the judges.”

DESTINATION YET TO BE DETERMINED

Cafa architect Beisner says he believes there has been some gaming of the system early on, such as adding new defendants to cases brought before CAFA: “But that will end and I think things will get on track.”

But where will that track lead?

Karon, the class action specialist from Cleveland, is already hammering at major change in federal procedural rules—although the tool he wields is more like that of a goldsmith than a blacksmith.

He argues that while federal courts are used to applying substantive state law in diversity cases, they are unduly constrained by Rule 23 of the Federal Rules of Civil Procedure governing class actions.

Karon says the Erie doctrine—which requires federal courts to use substantive state law in diversity cases—ought to apply, as well, to issues of certification.

“We should be able to use well-developed state court class action and certification jurisprudence in particular, though you’re in federal court,” says Karon.

Karon has shoehorned this contention into briefs, and last year a federal judge mentioned him and his theory in a footnote. In re Welding Fume Products Liability Litigation, 245 F.R.D. 279 (N.D. Ohio).

“It’s a start,” says Karon, sounding a bit like a mouse that roars.