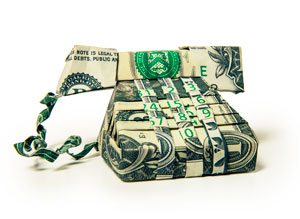 At the urging of the ABA and numerous advocacy groups, the Federal Communications Commission has taken steps to bring down the rates and fees charged to inmates for making telephone calls from prisons and jails in the United States. Inmates rely on prison phone services to maintain contact with their loved ones.

Prisons are operated by states or the Federal Bureau of Prisons to hold convicted criminals. Jails are maintained by local governments to hold individuals awaiting trial or who are serving short sentences, generally less than a year.

The FCC’s action is in accord with the ABA Standards for the Treatment of Prisoners, which call for correctional facilities to plan during incarceration for an inmate’s re-entry into society; ensure open, affordable communication between a prisoner and the prisoner’s family and community; and not burden the prisoner with arbitrary fees.

“The ABA standards recognize the important link between a prisoner’s communication with family and community and their successful re-entry into society,” stated Thomas M. Susman, the ABA’s governmental affairs director, in written comments submitted in October to the FCC. He emphasized how important phone calls are for prisoners, who are often housed hundreds of miles from where most of their families live. Most prisoners come from low-income families for whom in-person visits are not a realistic option. In addition, written communication is hampered by literacy problems for many prisoners.

Meanwhile, Susman said phone rates for inmates were often the “unfair and unreasonable result of monopolistic business relationships between states and telecommunications providers and a lack of regulation and oversight by governmental agencies.”

Until 1984, commercial payphone services within state correctional facilities were operated almost exclusively by AT&T and were offered at the same price as similar services for the general public. But after AT&T was broken up that year on antitrust grounds, states entered into agreements with a host of telecommunications providers, resulting in high rates paid to companies that return the largest portion of revenue to the states through payments known as site commissions.

In most instances, Susman wrote, the commissions go into correctional facility operational funds, which cover expenses unrelated to phone use. Other states put the money into general funds for public expenses that may be detached from correctional facilities. The FCC’s new rule does not eliminate site commissions but discourages such payments and urges states to take action on the issue.

Responding to arguments by some correctional authorities that eliminating site commissions and reducing rates will lead to a loss in prison programs and guards, Susman said that any loss in revenue to prisons would be made up for in long-term savings to the community.

“Regulations that lower phone rates, which in turn lead to more successful re-entry for prisoners and reduced recidivism, fall squarely in line” with efforts by policymakers “to reduce future criminal activity to keep people out of prison and benefit society as a whole,” he wrote.

This article originally appeared in the January 2016 issue of the ABA Journal with this headline: “Correct Call: The ABA applauds a new FCC rule seeking to hold down telephone rates charged to prison inmates.”