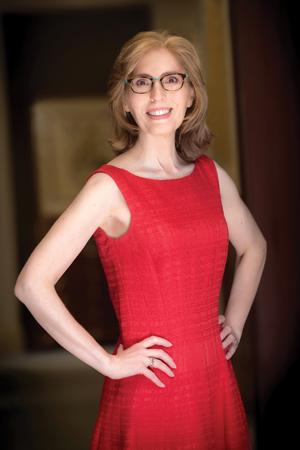 Before she was handed the gavel last month to begin a year as ABA president, Linda A. Klein had gone the extra mile—and literally many more. She traveled the country meeting with small groups of lawyers, including state and local bar leaders, but mostly Main Street lawyers from small towns to big cities.
The mission: Find out what they want and need, and what the association might do to help.

A sketch of just one of her many listening-tour itineraries over more than a year illustrates Klein’s unusually granular and personal effort: On the evening in June 2015 that the ABA Board of Governors finished its meeting in Washington, D.C., she flew to Minneapolis and then to Fargo, North Dakota, so she could attend a breakfast gathering the next morning with three dozen or so lawyers, an atypically large group by her standard for personal connection in the initiative. She then traveled by car down I-29 for a 5 p.m. get-together with lawyers in Sioux Falls, South Dakota, and the next morning she drove to Mason City, Iowa, for a lunch meeting with another group of lawyers.

“She did a lot of listening, asked very good questions, and the Main Street lawyers were responding,” says Thomas C. Barnett Jr., executive director of the State Bar of South Dakota, who helped Klein develop the detailed itinerary and who was with her in Sioux Falls. He says the No. 1 concern for most of the lawyers—primarily in solo or small-firm practices—is the economics of practice management in trying to make a profit with less stress in a fast-changing profession where they’re competing with automated, low-cost legal help online.

Klein, who took office at the close of the ABA Annual Meeting in August, more than heard them; she has launched a plan to help. She is a big-firm lawyer in Atlanta—the senior managing shareholder with the 650-lawyer Baker, Donelson, Bearman, Caldwell & Berkowitz—but she is known for an inclination to view the world from the bottom up.

One of Klein’s several ambitious presidential initiatives for the coming year, she says, “is going back to basics, back to what members need of the bar association.” To that end, she has tasked the new Working Group on Emerging Member Benefits, which can rely on the association’s big-size buying power to get low rates on goods and services, with “a strong focus on solos and small firms.” For example, she says, “we’ll be looking at the creation of a web portal offering a suite of services to make small firms’ daily operations much more efficient and more productive.”

While “membership is job one,” as Klein puts it, her signature effort as ABA president will be a far-reaching, comprehensive program to bring needed legal services to military veterans. The effort has three main goals: Create centralized resources in an online portal; develop policy on the legal needs of veterans; and support the delivery of those legal resources.

The plan is to bring together best practices already in place around the country, without supplanting state and local efforts, and to identify gaps to create capacity where there is none, says Clyde J. “Butch” Tate II of Burke, Virginia, a retired Army major general who is a special adviser to Klein’s new Commission on Veterans’ Legal Services.

“When this came along I decided to just observe for a while, because I wanted to make sure it would be something meaningful,” says Tate, formerly the Army’s deputy judge advocate general, its second-ranking lawyer, who chairs the ABA Standing Committee on Legal Assistance for Military Personnel. “It didn’t take long for me to realize Linda’s the real deal, committed and focused on this not being just a one-and-done scenario. Those three goals can be accomplished in her one year, and her accomplishments can be sustained. It was very intentionally crafted. That sold me.”

Klein says she came to understand the scope of veterans’ legal needs through a pro bono lawsuit her firm brought in Atlanta to stop the attempted closing of a large homeless shelter downtown, an effort led by some businesses and civic groups that are critical of its presence there and joined by the city. Many of those who stay at the shelter are veterans, she says, enduring chronic unemployment, driven to substance abuse, or suffering physical or mental health problems possibly related to their military service.

“Men and women signed a paper saying they’d die for us in defending our country and liberty. And to see the justice system fail these people—of all people—lawyers have to answer our own call to action, our own oath on their behalf,” Klein says.

As a former chair of the ABA’s Tort Trial and Insurance Practice Section, a past council member for the Section of International Law and a longtime member of the House of Delegates who served as 2010-12 chair, Klein is one of those politically savvy doers and achievers who likely doesn’t sleep much—otherwise, how could it all get done? Her law practice includes construction, higher education and the pharmaceutical industries, as well as employment law and dispute resolution.

In 1997, Klein became the first woman to serve as president of the State Bar of Georgia, where she led a successful effort to get the state legislature to fund legal services organizations in hiring lawyers to represent victims of domestic violence. She has served on the boards of a variety of entities and is a former president of OnBoard Inc. (formerly the Board of Directors Network), which promotes the inclusion of women on public and private corporate boards, as well as in leadership positions. She was a 2004 recipient of the ABA’s Margaret Brent Women Lawyers of Achievement Award.

Inclusion is more than a catchword for Klein. She has, for example, begun plans for interactions between local lawyers and legal groups with the ABA Board of Governors when that body holds its four scheduled meetings during the year. She has particular interest in bringing in non-ABA members for those sessions, which will include Miami in conjunction with the 2017 midyear meeting and New York City, where the 2017 annual meeting will be held in August.

Klein’s own venue choices for the board’s other two meetings during her year reflect her geographic prerogative, but also her penchant for productive practicality: Atlanta, preferably downtown rather than the affluent, uptown Buckhead section to which conferences gravitate; and Detroit. Those meetings will be closer to the Main Street lawyers, she says, “and these are more affordable meetings where we can meet with members of the local bar and be very cautious with the budget.”

Klein’s bent for inclusion usually has a pipeline component. And one of society’s major pipelines is its education system, beginning with elementary, middle and high schools. Klein’s new Commission on the Lawyer’s Role in Assuring Every Child’s Right to a High-Quality Education is studying what lawyers can do to ensure that these rights, spelled out in federal law, apply to one and all, no matter the geographic location or neighborhood, race, disabilities or family situations. “It’s going to focus a lot on policy,” says Klein, who adds that the commission will look at “what lawyers can do to help and where there are gaps.”

To be sure, there will be no gaps in Klein’s schedule for the next year.

This article originally appeared in the September 2016 issue of the ABA Journal with this headline: “A Good Listener: New ABA President Linda Klein is using what she learned in visits with lawyers around the country to chart her policy initiatives for the coming year.”

The print and initial online versions of this story should have reported that after an ABA Board of Governors meeting concluded in Washington, D.C., in June 2015, Linda Klein flew from D.C. to Minneapolis and then to Fargo, North Dakota. Due to an editing error, the story also misstated when she became the association’s president; it was August 2016.