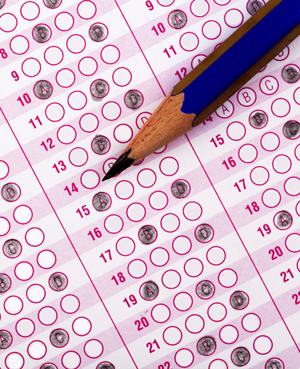 No ABA-accredited law school has ever been out of compliance with a standard regarding bar passage percentages, and that may indicate that the standard is not working well. Although some law school officials support a plan to tighten the standard, others are concerned about what it would mean for diversity—both in schools and in the legal profession—if the proposal is implemented.

Under the proposal approved in late 2016 by the council of the Section of Legal Education and Admissions to the Bar, being in compliance with Standard 316 of the section’s law school accreditation standards would require that at least 75 percent of an accredited school’s graduates pass a bar exam within a two-year time period. The ABA House of Delegates is expected to consider the proposal in February at the association’s 2017 midyear meeting in Miami.

The legal education section is recognized by the U.S. Department of Education as the national accrediting body for law schools in the United States. The House of Delegates may endorse the section’s changes in the accreditation standards or refer them back to the section for further consideration, but the section council has final authority over the standards.

If the proposal is adopted by the council, sanctions for not meeting the two-year bar passage requirement could ultimately include probation and withdrawal of accreditation, says William Adams, the section’s deputy managing director. The council has not yet determined what class would be the first to be covered by the requirement.

With the current version of Standard 316, there are various ways a law school can be in compliance. One is that at least 75 percent of graduates from the five most recent calendar years have passed a bar exam, or that there is a 75 percent pass rate for at least three of those five years. Also, a school can be in compliance if just 70 percent of its graduates pass the bar at a rate within 15 percentage points of the average first-time bar pass rate for ABA-approved law school graduates in the same jurisdiction for three out of the five most recently completed calendar years.

“I think one great virtue of the proposal is its simplicity and its clarity,” says Marc L. Miller, dean of the University of Arizona College of Law in Tucson. The proposal isn’t too strict, he adds, because graduates would have four attempts at taking the bar within the two-year time period.

“In a world where regulators say that it’s our job to admit people who can succeed, bar passage is one of those measures that’s legitimate and fairly straightforward,” Miller says. State exam data shows that his school’s bar passage rate for first-time test takers in July 2016 was 74 percent.

Kathryn R.L. Rand, dean of the University of North Dakota School of Law in Grand Forks, agrees the proposal is easier to understand. However, she isn’t sure how well bar pass rates indicate academic quality at smaller schools like hers because one or two student outcomes can change pass percentages significantly. Fifty-one of her school’s graduates took the bar as first-time test takers in July 2015, Rand says, and 39 were successful, which amounted to a 76.47 percent pass rate.

“The proposal is a little one-size-fits-all, and it seems a little rigid,” she says. “The bigger issue for me is how can we facilitate responsibly using the information regarding graduates’ performances on bar exams to improve law schools’ programs of legal education.”

Other law school deans say the proposal could hurt diversity in the profession. According to a letter that a group of deans sent to the legal education section council, 22 schools with a third or more minority students have had bar passage rates below 75 percent for the past five years.

“It’s a very rigid standard,” says Alfredo Garcia, one of the deans who signed the letter. He heads up Florida’s St. Thomas University School of Law, a Catholic institution in Miami Gardens. Data from the Florida Board of Bar Examiners shows the school’s bar passage rate for its first-time test takers was 45.5 percent in July 2016. According to Garcia, 66 percent of the students at his law school are Latino and 10 percent are black.

“Historically, blacks, Latinos and Puerto Ricans score much lower on the LSAT than whites,” Garcia says, “and schools like us take chances on those students and work with them. I’m fairly confident we could meet the proposed standard, but nevertheless, you don’t know.”

A hearing process determines whether a school is in compliance with a standard, Adams says, and schools are generally given up to two years to come into compliance. He adds that schools may be able to extend the time period through good-cause arguments for enhancing diversity.

At the council meeting, held on Oct. 21 in Chicago, member Jane Aiken expressed concern that council members did not receive data regarding diversity and bar passage rates. A vice dean at Georgetown University Law Center in Washington, D.C., she voted against the proposal. Greg Murphy, a Billings, Montana, lawyer who chairs the council and voted in favor of the proposal, responded that the council only received anecdotal information, and no data was submitted.

Raymond Pierce of Durham, North Carolina, a council member who previously served as dean at a historically black law school, told the group that majority schools with low bar passage rates frequently argue diversity as a defense, but their primary concern is filling seats. He voted in favor of the proposal.

“I think everybody in this room would agree that anything we do that would adversely affect diversity in the profession would be a bad thing,” says Maureen O’Rourke, the council’s chair-elect. The dean of Boston University School of Law, she also voted in favor of the proposal.

“There are some schools that are taking in students they know will have very little [chance] of passing the bar and being admitted into the profession,” O’Rourke says. “They’ve accumulated large amounts of debts that they have no way to pay back.”

This article originally appeared in the January 2017 issue of the ABA Journal with this headline: "Not So Standard: Legal ed section's council and law deans voice different views on proposal to link accreditation to bar passage results."