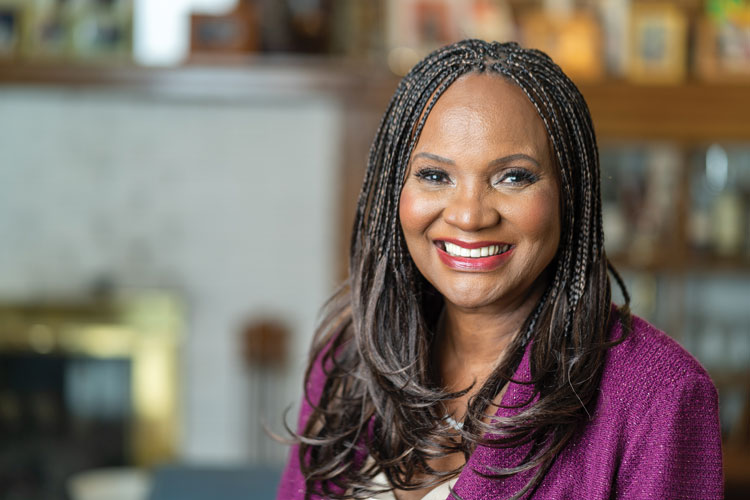 In August, it will be 39 years since Deborah Enix-Ross attended her first ABA meeting.

She remembers deciding after she graduated from the University of Miami School of Law in 1981 that in order to be a lawyer, she needed to also be a member of the association. After passing the bar exam, the native New Yorker spent her graduation money on a flight bound for San Francisco, where the 1982 annual meeting was being held.

Not knowing any other members, she made her way to events hosted by the International Law Section, which became her first home within the ABA.

“I wanted to be around the best, smartest leaders in the legal profession, and I thought they could only be found in the ABA,” says Enix-Ross, senior adviser to the International Dispute Resolution Group at Debevoise & Plimpton. “When I think about it now, how determined I was to be a part of this association, to be a part of the profession, that I would come to a meeting on my own at my own expense and just walk into a room and try to figure it all out.”

Enix-Ross became not only an active participant but also a known leader in the association. Now its president-elect nominee, she has served as chair of the International Law Section, where she also helped recruit women and minorities as the Goal IX Officer and co-founded the Women’s Interest Network. She also chaired the Section Officers Conference and the Center for Human Rights.

But her biggest leadership role in the association came as chair of the House of Delegates, a role she served in from 2016 to 2018. She describes it as “an extraordinary honor and privilege” that reminded her of the first time she visited a courthouse on a school field trip and was awed by the judge.

“I’d like to think of my fifth- or sixth-grade self, looking up at that judge on the bench, and the corollary was me as chair of the House of Delegates, wanting to make sure that every resolution was considered fairly, that every opportunity was given to delegates to be able to debate the pros and cons of a resolution,” she says. “That was the closest I came to fulfilling that childhood dream of being a judge.”

Enix-Ross will face a vote by the House of Delegates at the 2021 ABA Annual Meeting in August, after which she will become the president-elect.

Reginald Turner is currently serving as president-elect and will assume his one-year term as president at the close of the annual meeting. He will pass the gavel to Enix-Ross after the 2022 ABA Annual Meeting in Chicago.

Enix-Ross aspired to serve as president of the ABA after realizing all her experiences helped her understand its different facets and constituents. After practicing in various settings throughout her career, she also felt she could understand lawyers who were not members and how they might be encouraged to join the association.

She began her career as a staff attorney at MFY Legal Services Inc. in New York City and later served as the U.S. representative for the International Chamber of Commerce International Court of Arbitration. 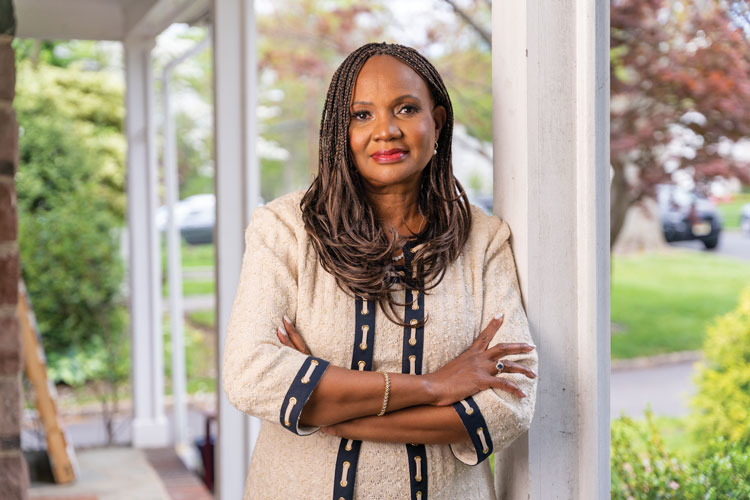 Deborah Enix-Ross joined the ABA “to be around the best, smartest leaders in the legal profession.” Photo by Arnold Adler/ABA Journal.

She was the first African American woman in the position and appointed other diverse lawyers from the United States to serve as arbitrators in ICC cases.

Before joining Debevoise & Plimpton in 2002, Enix-Ross worked as the senior legal officer at the World Intellectual Property Organization Arbitration and Mediation Center in Geneva. In addition to advising lawyers and businesses on the use of alternative dispute resolution, she was responsible for training and appointing lawyers from around the world as arbitrators in internet domain name disputes.

“It made me think, ‘I can contribute, and if I can contribute, I ought to contribute,’” she says. “For me, it’s less about the position and more about, ‘What are my strengths, and what’s the best way of using those strengths?’ As I was moving through the association, it became clear that I feel I have some talents and certainly some energy to offer.”

When Enix-Ross accepted her nomination at the ABA Midyear Meeting in February, she reminded members that her plans for the association include a call to action in three areas: civics, civility and collaboration.

This trio continues to resonate with her, particularly as the country remains divided because of “a lack of understanding of how our branches of government should operate, divisive politics, erosion of respect for the rule of law and even the way we manage COVID-19,” she says. And as her grandmother would say, “People need to be able to disagree without being disagreeable.”

Enix-Ross points to the importance of civics education, which gives citizens a better understanding of how government works as well as what to do when it isn’t working properly. They may have differing views on how to approach government, she says, but that’s where civility plays its part.

“We are all responsible for maintaining civility, but as lawyers, we are called to demonstrate what that looks like and how that can be effective,” she says. “You can be an advocate and have strongly held views, but it doesn’t have to devolve into the kind of chaos and disruption that we have seen.”

That focus on civics and civility can happen only with better collaboration between lawyers and people in all professions—and in all political parties—around the world, Enix-Ross adds.

This story was originally published in the June/July 2021 issue of the ABA Journal under the headline: “Leading by Example: As ABA’s president-elect nominee, Deborah Enix-Ross brings a wealth of experience.”