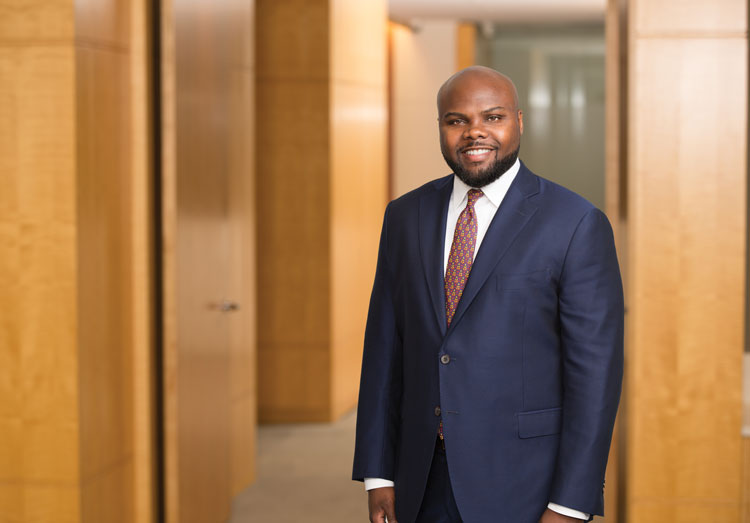 Emerson Girardeau III: “It’s hard to focus on homework when you don’t have heat.” Photo courtesy of Eversheds Sutherland.

When children get sick from poor living conditions inside their rundown apartments, they miss school. And when 95 percent of students of one school live in the same apartment complex—where evictions are routine and black mold is rampant—classrooms are often left empty.

This was the problem students from Thomasville Heights Elementary School in Atlanta faced, making the school one of the worst performing in the state. Families were forced to move in and out of Forest Cove Apartments, a Section 8 subsidized housing complex, due to unhealthy conditions, and the school suffered huge student turnover. Children routinely missed school due to illnesses caused by deplorable living conditions that landlords ignored or refused to repair. With a growing crisis, the school called the Atlanta Volunteer Lawyers Foundation for help.

“It’s hard to believe that people in the city of Atlanta are living like this,” says Emerson Girardeau III of Willkie Farr & Gallagher in Houston, who volunteered with the program. “I [would] get a call because they’re using a stove to keep a three-bedroom, two-story apartment warm. And it’s 20 degrees outside. Half the complex doesn’t have heat. It’s hard to focus on homework when you don’t have heat.”

The foundation created the Standing with Our Neighbors program in 2016 to help tenants fight for their rights. As part of the program, a full-time lawyer and a community advocate are placed directly in the school to help students’ families solve their housing issues. Pro bono lawyers from nine of Atlanta’s firms represent tenants at Forest Cove Apartments—in the first year, lawyers took on 55 individual landlord-tenant cases and stopped 20 evictions. After the program stepped in to help students at Thomasville Heights Elementary School, the annual enrollment turnover rate dropped from a five-year average of 39 percent to 25 percent, according to a report from the school. 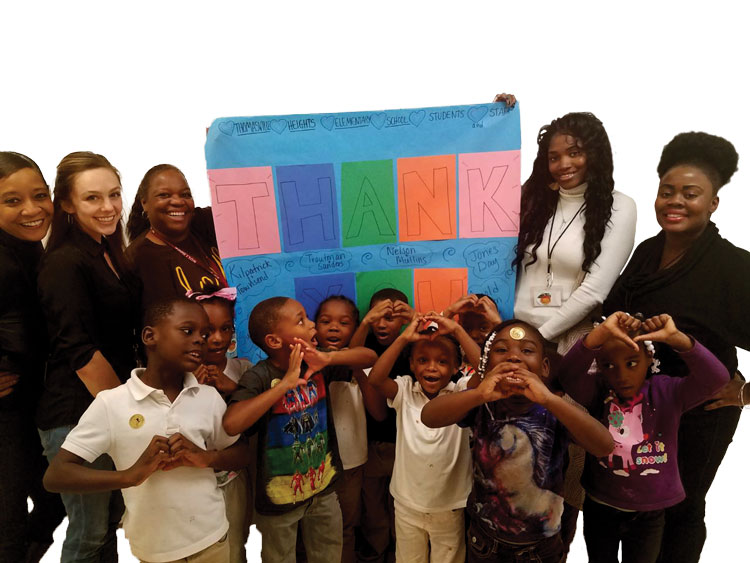 Thomasville Heights Elementary School Students and teachers say thank you to law firms that participate in Standing with Our Neighbors. Photo courtesy of the Atlanta Volunteer Lawyers Foundation.

Clients say they feel a sense of empowerment because of the help from volunteer attorneys, as well as a noticeable change. Problems in their homes are getting fixed faster, and they can focus on their children’s education instead of constantly worrying about housing issues.

“It’s not just that [the lawyers] help us—I consider them a friend,” says Meosha Carr, a Forest Cove tenant with four children who attend Thomasville Heights.

The success of the program prompted its expansion to additional schools in Atlanta. Standing with Our Neighbors is now onboarding its eighth school—with lawyers continuing to bring justice to tenants in need of their help.

“It doesn’t take a lot of effort for attorneys to create enormous change in people’s lives,” Girardeau says. “It could be something as simple as sending a demand letter. We got a responsibility to use a few of the thousands of billable hours to help others.”

This article was published in the October 2018 ABA Journal magazine with the title "Helping Hand."