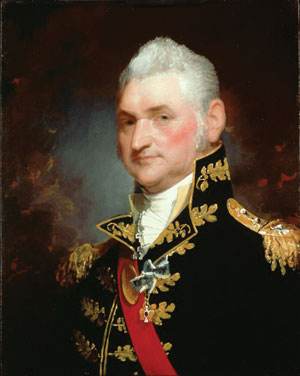 When the U.S. Constitution was approved in 1787, one of its first requirements was a government head count of the nation’s population—to occur within three years. The task was important enough to be included in Article 1, Section 2, which follows just after a short description of Congress itself.

The count, to be carried out every 10 years thereafter, would determine the makeup of the House of Representatives as well as the basis of federal policies toward the first 13 states, the Southwest Territory (now Tennessee) and the districts of Kentucky, Maine and Vermont.

Congress assigned the task to President George Washington, who delegated it to Thomas Jefferson, his secretary of state. Both believed the constitutional head count was important to establish the nation’s credibility to the rest of the world. The plan that emerged was to have the actual population count conducted by U.S. Marshals Service, the federal law enforcement agency established by the Judiciary Act of 1789. The marshals conducting the survey were presidential appointees, some of them Washington’s personal friends and allies.

The Census Act of 1790 authorized funds for the marshals and gave them nine months to complete their task. The marshals deployed deputies on foot and horseback to do the actual counting. By the end of the census, which had to be extended for some states, 1,650 enumerators were used at a cost of $25,727.67.

Unlike the detailed questionnaire of a modern census, the goal of the six questions in the first census was to count every inhabitant of the various areas as of Aug. 2, 1790.

It placed those inhabitants in one of five categories: “free” white males 16 years and above; free white males under 16; free white females; all other (meaning nonwhite) free people; and slaves. “Indians not taxed” were excluded from the count.

The integrity of the count was backed by civil penalties: a $20 fine for any free white male 16 or older who refused to cooperate and a $200 fine for enumerators who failed to file their reports or who willfully filed an inaccurate count. Each marshal was required to swear under oath that he would file “a just and perfect enumeration and description” of the people in his district.

For the fast-growing nation, the scope of the census was a moving target.

Maine was still part of Massachusetts. Rhode Island hadn’t yet ratified the Constitution when the Census Act passed. Vermont became a state in March 1791, so its census was taken later in the year. The District of Columbia was not created by Congress until July 1790, so its inhabitants were counted as citizens of Maryland.

The compressed timeline for the count produced vastly different styles of operation among the marshal-enumerators. Henry Dearborn, a hero during the American Revolution and later Jefferson’s secretary of war, personally counted the inhabitants of at least 23 towns in three counties in Maine. Isaac Huger, a longtime personal friend of Washington, failed to meet the census deadline for South Carolina and had to secure a congressional extension to avoid an $800 fine. Under Thomas Lowrey, a businessman, New Jersey was first to deliver its census report in April 1791. And under Clement Biddle of Pennsylvania, several census enumerators included occupations as part of their count, an economic indicator formally included in the 1810 national head count.

The final tally showed the nation had more than 3.9 million inhabitants, nearly 18% of whom were classified as slaves.

Several of the marshals aside from Dearborn gained later historical fame beyond their census duties. Edward Carrington of Virginia, for instance, was foreman of the jury that acquitted Aaron Burr of treason in 1807.

William Blount, who as territorial governor was the only nonmarshal involved in the census, became the first senator impeached by Congress. And Robert Forsyth, who evolved his political appointment in Georgia into a more traditional law enforcement role, was shot dead in 1794 while serving a civil warrant, becoming the first federal law enforcement officer killed in the line of duty.