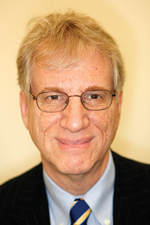 Between being chief attorney, rainmaker and, all too often, in-house Xerox repairman and coffee-pot-washer, solo practitioners have a lot to juggle. So sorting through the options for the right business bank may seem like yet another task with no real right answer.

But the wrong decision can mean hassles down the road, including compounding fees and complications in moving accounts from one bank to another.

Some of the debate mimics any conversation about choosing small, locally owned businesses versus large regional or national businesses. But there are also specific banking issues unique to lawyers.

There is no one size that fits all solos, says Steven G. Kraus. The Warren, N.J.-based litigator tends to have a large number of clients each making small payments every month. That adds up to a lot of deposit slips to complete and a lot of time standing in line waiting for each deposit to be individually processed. When switching banks, Kraus specifically went to a bank that would process all those small deposits quickly.

“Now we spend 30 seconds to drop off deposits that used to take 20 minutes in line,” he says.

A real estate attorney, however, would have different priorities, such as a bank with locations in different states.

Trust accounts are something else all attorneys need to consider. Some lawyers—and even some state bar associations—recommend that attorneys keep their trust accounts in a different bank from their business operating accounts. Tyler, Texas, attorney Jim Huggler doesn’t do that, but he does have different-colored checkbooks, reducing the likelihood of mixing up deposits between accounts. His personal accounts are at a different bank to further help avoid confusion.

Shane Fischer, an attorney in Winter Park, Fla., acknowledges that the Florida Bar recommends keeping trust accounts at a separate bank and mailing statements to home addresses to prevent theft or mistake, but he chose to consolidate his accounts at one bank: “As a solo practitioner, I think having accounts at multiple banks is a giant waste of time.”

Kraus had different problems with his trust accounts at his old bank. They were set up as a single trust with different subaccounts for each client. The bank would randomly assign deposits to various subaccounts, Kraus says, which would require him to invest time in sorting out the mess.

Finally, other solos recommend asking about the availability of a line of credit when choosing a bank. A line of credit to help bridge gaps between client payments or finance new equipment is essential, Huggler says. And it will help avoid use of higher-interest credit cards.

Some attorneys, including Fischer and Huggler, have found large banks may be just as willing to extend lines of credit as local banks, because they have realized the legal profession is a stable business.