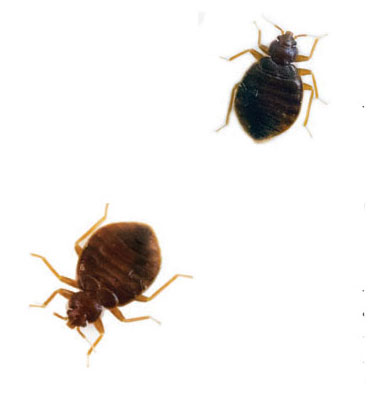 It’s probably unusual for personal injury attorneys to consult with entomologists. But that’s among the changes to Los Angeles-area lawyer Brian Virag’s professional routine in the past seven years since he took his first case on behalf of a plaintiff attacked by bedbugs.

Virag rebranded his practice My Bed Bug Lawyer after being inundated with cases when he learned more about the anxiety, inconvenience, emotional distress and humiliation sufferers experience. Then he began soliciting clients via YouTube.

“I started looking for resources from other attorneys who may be doing this kind of stuff, and there wasn’t anybody,” says Virag, whose competitors now include firms with monikers such as Bed Bug Legal Group and Bed Bug Lawyers. “I saw how traumatized these people were. I resolved that [first] case, and I picked up another one right after that. I said, ‘Let me try to fill the void.’ ”

In 2017, Virag learned the potential value of such cases as he took a steady swarm of them to trial, with verdicts climbing from $104,000 for a case in Bakersfield, California, to $465,600 in Los Angeles, to an October case against Hilton Hotels that resulted in a $546,000 award. Then, in December, Virag won a $3.5 million verdict against Park La Brea Apartments on behalf of 16 plaintiffs, with individual awards ranging from $34,000 to $470,200, despite combined medical costs totaling only about $2,200.

Legal observers say the growth of bedbug lawyers and climbing verdicts fit the pattern of novel personal injury specialties that can become overrun—like mold law a decade ago and the recent proliferation of ride-share injury attorneys.

“It has a certain logic to it,” says Gregory Keating, who specializes in torts and legal philosophy at the University of Southern California’s Gould School of Law. “If there is a general problem, once one plaintiff prevails, there is a blueprint. So there’s a kind of mass production efficiency. And you have to race at least a bit to the courthouse door; eventually, the industry will either fix the problem or go running to some legislature for protection. And there are no big mass torts at the moment.”

Bedbug attacks are indeed a small tort practice, but the cases have struck a chord with juries. The majority of the recent awards Virag has obtained stem from the emotional distress aspect; two of the four recent cases have included punitive damages, but those “weren’t humongous,” Virag says. “Juries are pretty receptive to the concept of people suffering because of bedbug exposure. It’s not just on a daily basis when you’re living with it—it’s on an hourly basis. You wake up, you’ve got bites. You’ve got to go to work. You’re apprehensive of that whole concept because you feel ashamed and humiliated. And then you have to come home and live with it.”

This article was published in the March 2018 issue of the ABA Journal with the title "Bedbug Resurgence Launches New Legal Specialty: Victims bite back against hotel chains, landlords and other defendants."